Donsol, Home of the Whale Sharks

Donsol is a great place to visit for three reasons. One, it is theorized, by the discovery of baby whale sharks, as one of many Whale Shark breeding grounds. Second, the city works with the fishermen to establish a fair and eco-friendly approach to tourism. Visitors should keep a safe distance and are prohibited from feeding, petting or crowding the whale sharks. Lastly, Donsol’s a tranquil town with rich local culture and not a whole lot of commercialization. I felt most at ease there compared to the larger cities.

How to get to Donsol

The closest airport is Legaspi (LGP). Upon arrival to LGP, go to the tourist center across the main entrance of the airport. There you can get a fair and accurate rate and direction to Donsol. We took the cab to the bus station (5 minutes away) and from the station, took a shuttle to Donsol (approx. 1.5 hour, scroll to bottom of the page for cost.) Then you need to take a tricycle to wherever the hotel/hostel is.

I had no idea and have never heard of “whale sharks” prior to the Philippines. It sounded like “liger” or “donkra”, a hybrid of some sort, and that was what I expected. Wrong. They are the dinosaurs of the sea and can grow up to 40 plus feet in length and feed on planktons, hence the whale part. But they pose zero threat and are known as the gentle giants. Whale sharks can be found around the globe in tropical waters with a lifespan of 70-100 years. 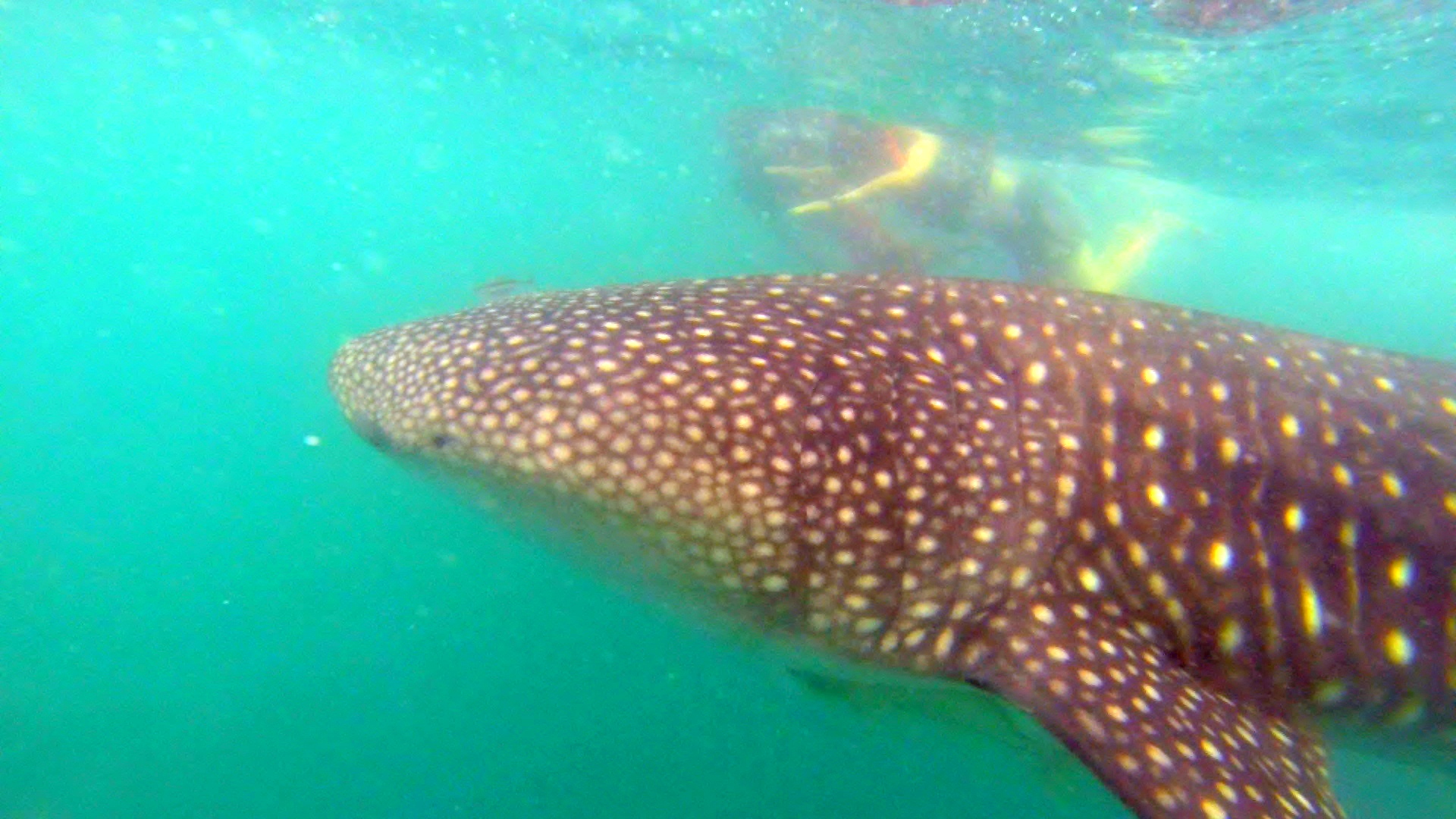 A junior whale shark that stayed fairly close to the surface to play with the visitors, a curious one!

The earliest boat leaves at 7:30 AM, and you can boatpool with anyone for up to six persons per boat. The cost for the first trip includes a one-time registration fee which you won’t have to pay again if you join another tour within five days. If you didn’t bring your own snorkeling gear there are a couple shops you can rent from. Make sure to select a snorkeling tube with a shut off valve. The tour is around three hours long and snacks are much recommended.

To swim with the whale sharks was euphoric, it’s up there with making a baby giggle and petting a unicorn. You get a sense of what it really feels like to be free in the open water. Each time I come close to majestic marine creatures in their natural habitat it becomes harder to imagine them in a tank or on a plate.

On our second day in Donsol, we took a tricycle into town (about 5 minute ride) to buy some necessities and it so happened that our driver also freelances as a guide. He offered his service to us which took some convincing because Boracay was full of solicitors that “an honest guide” who said we can pay him whatever we feel like just seemed too easy, and implausible. 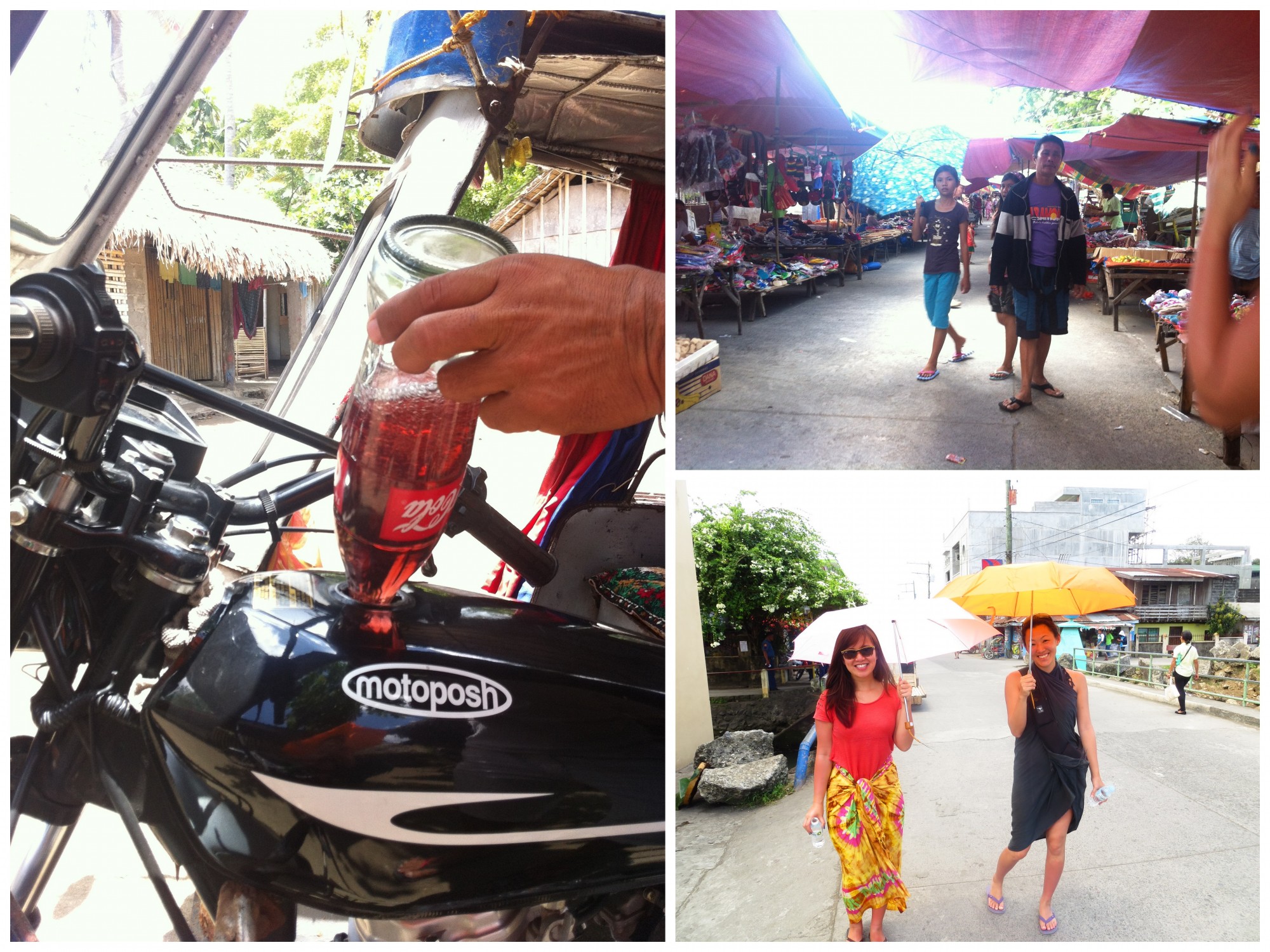 Hit up an open market and bought some umbrellas. The UV is strong out there, it’ll smoke you no joke. Two images courtesy of Khuyen T.

Finally we gave in to his persistence (plus he kept popping up out of no where as we were walking around) and asked him where we can find good fresh seafood. Zaldy took us first to a lake house but with little luck. Then on the way back he stopped by a shack across a cemetery and lord behold, gigantic prawns in the coolers. At PHP 700 a pound we got 1.5 lbs for 3-4 persons. 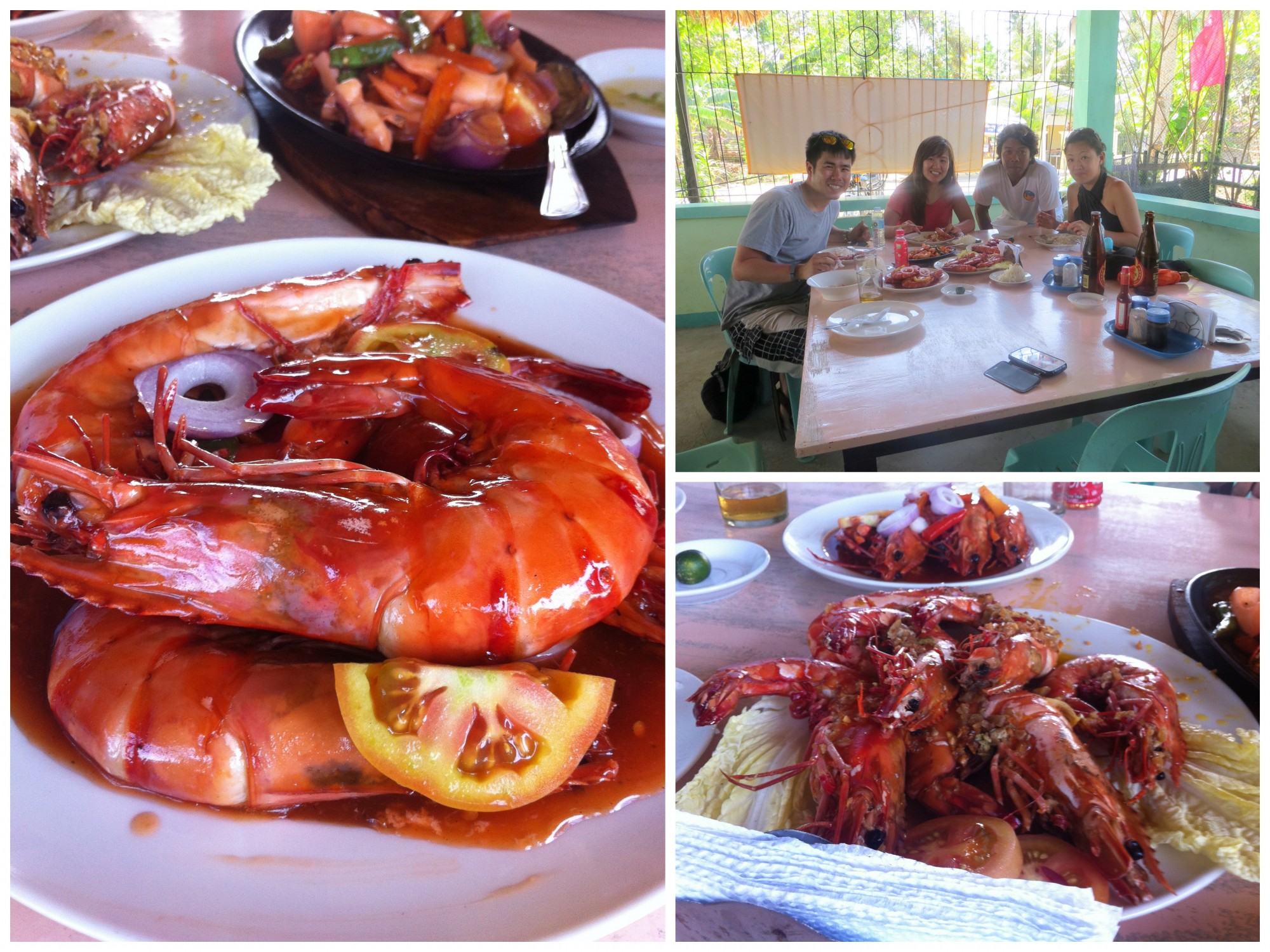 Zaldy took us to a restaurant he’s friends with who helped us cooked the prawns two ways — garlic butter and sweet chili.

With a full and satisfied belly we plotted the next stop — cockfight. It’s a popular afternoon activity that takes place daily but not always at the same location. For that day it took place in the woods just a couple of miles out from our hotel.

Prior to witnessing a live cockfight I was never a fan nor a supporter. It sounded brutal and inhumane. However, after seeing the cockfight in-person, I no longer feel that it is as cruel as I had thought. I still would not support this type of activity, but I think when the fight is local (not on a large commercial scale), community based, and genuinely recreational, these roosters have way better lives than any chicken in a US farm destined for the dinner table. The owners cared for and swaddled the roosters in their arms as they train them onsite. The death was obviously painful but quick and no meat goes to waste. Compared to the chicken raised then electrocuted in a warehouse and never gets to run around or see the light of day, the rooster’s life looks pre-tty enticing.

Watch the video and see for yourself…nothing bloody or anything too brutal, was trying to make the most out of the action scenes hence the movie trailer effect.

On our last day we booked an island hopping tour (you can also boatpool with other visitors for a better deal) that takes approximately seven hours and visits five or six spots. Here’s the quick and dirty — Go to the private island and stay extra time there by skipping the island across from the fishing village. The private island’s owned by some senator and the area’s protected with a very lively underwater world, whereas the other one is constantly fished by the villagers and the fish stays far away from people. The fresh water-waterfall was refreshing but small since it was dry season. 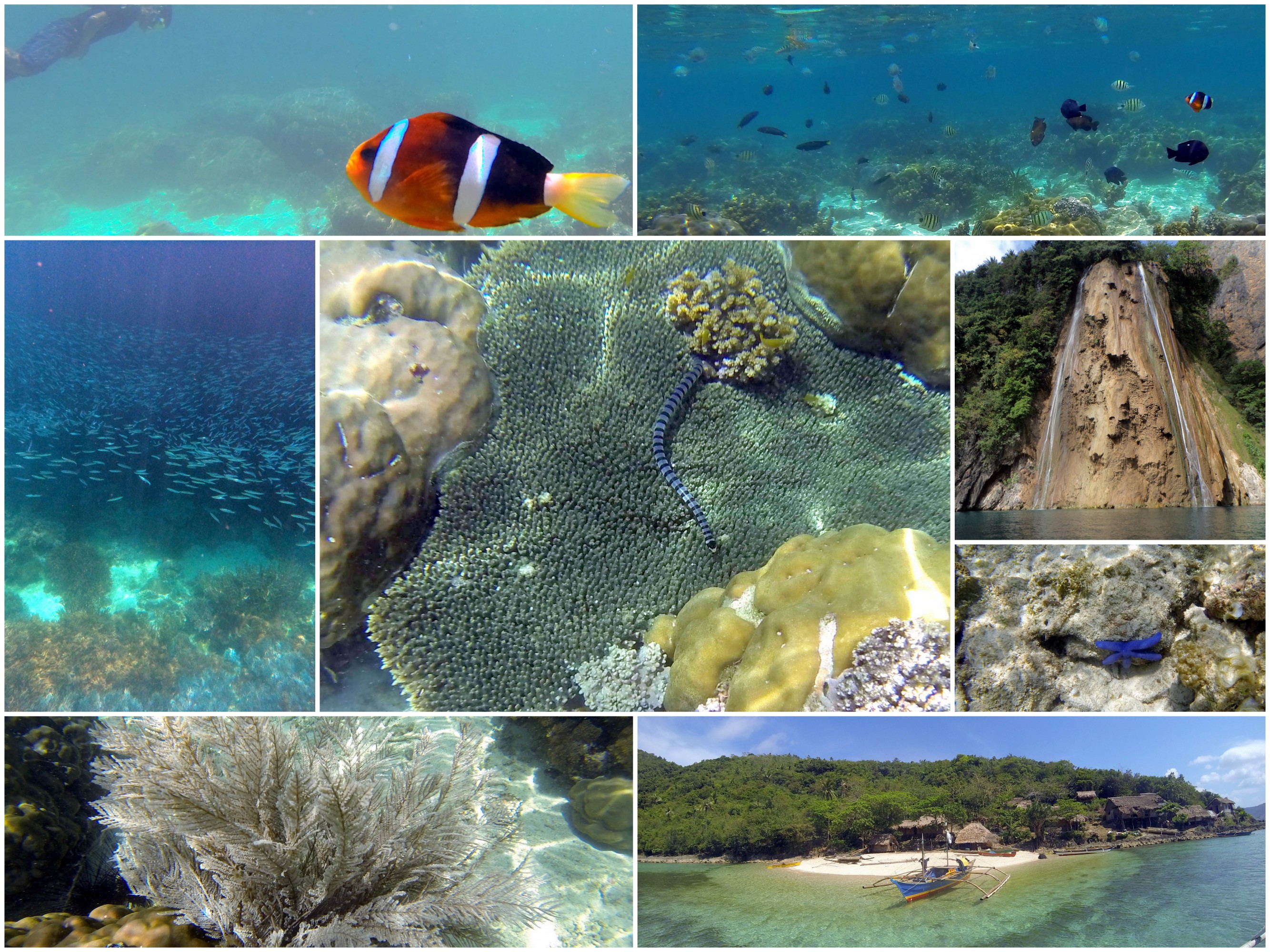 The water was much more clear and shallow on the private island. Three images courtesy of Khuyen T.

Another must do in Donsol is the Firefly watching tour. These fireflies synchronize their lights and lights up multiple trees in the rhythm only they would understand. Fascinating to learn about the environmental impact on the fireflies as well. Try not to go close to the full moon, we had some very noticeable competing light source that made it harder for the fireflies to shine and for pictures to show. 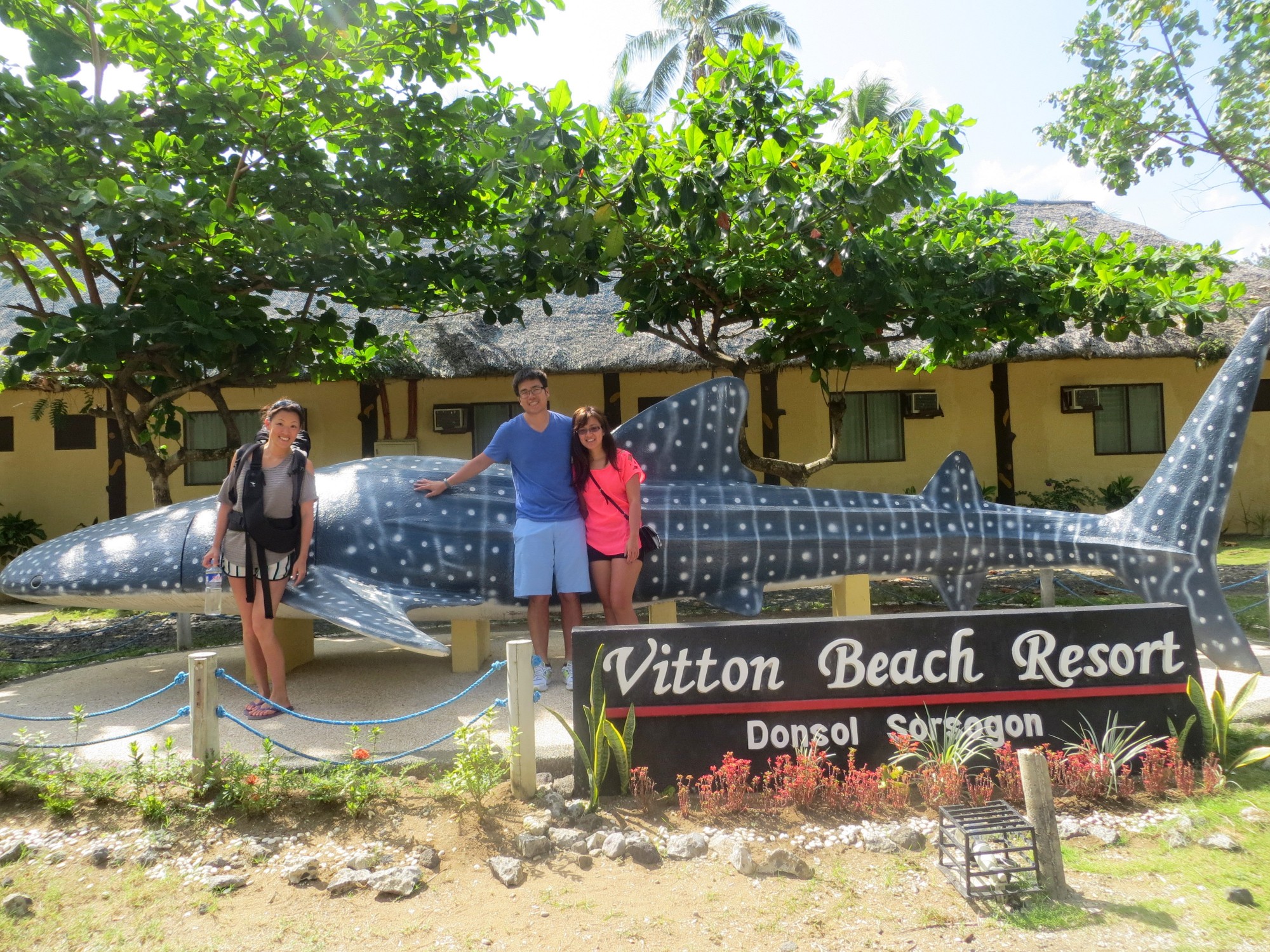 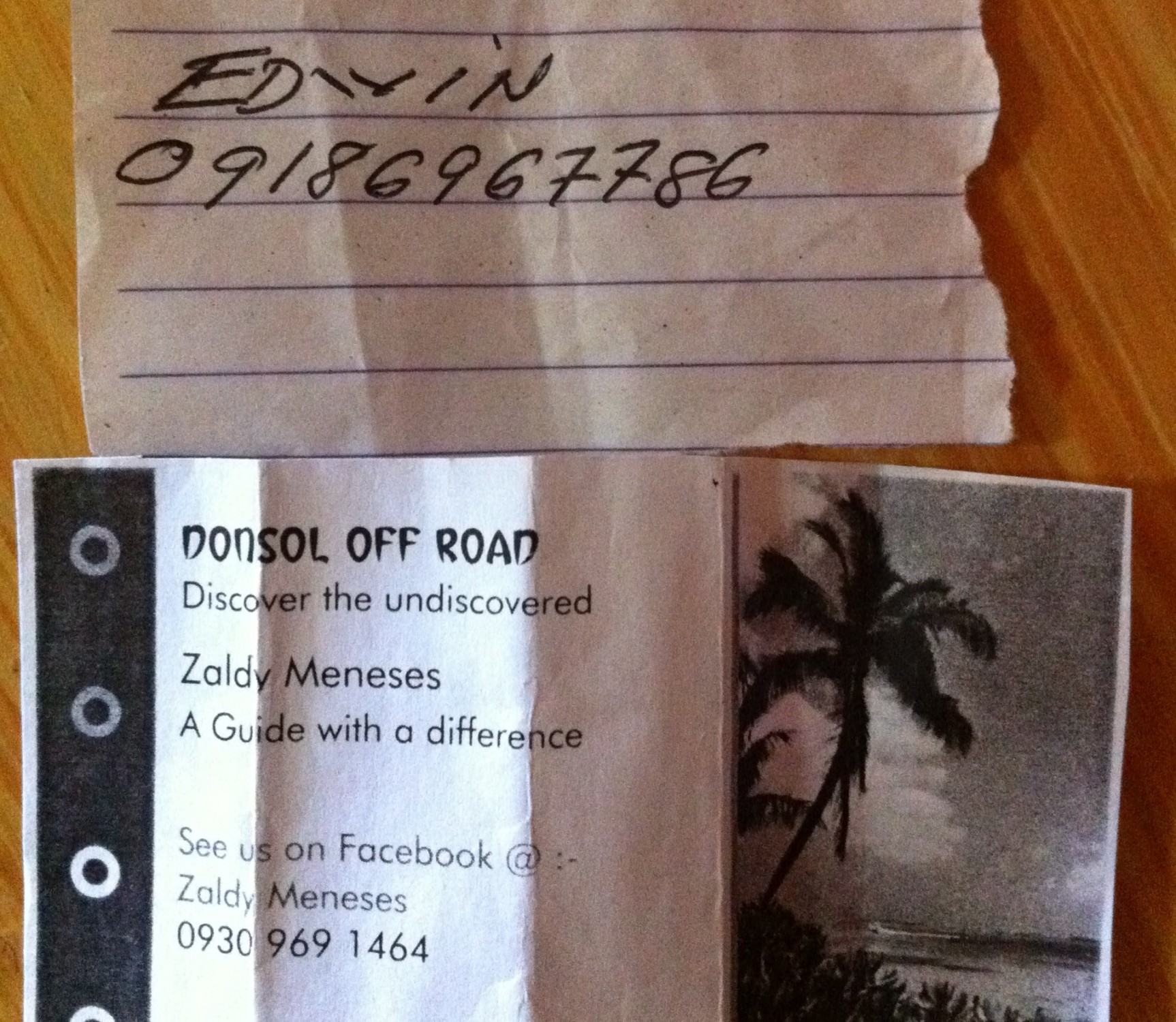