Bogota, the capital and largest city of Colombia, is situated 8661 ft (2640 metres) above sea level. The climate in Bogota is consistent throughout the year (around 60-70 °F during the day and 40-60 °F at night.) The water is also drinkable straight out of the faucet.

As I land in Bogota, the fresh air and cool breeze washed out all the humidity and stickiness from Cartagena and Taganga. Soon as I walk out of the terminal, I changed then got in line for the taxi stand. Ten US dollars and a 25 minute ride later I was in front of the Fulano Backpackers hostel (best boutique hostel ever, highly recommended). I opted for the female only dorm for four and roomed with a set of twins from Ireland who are both teachers. They are on a one year sabbatical to travel the world and their next destination is India.

There are a few things I wanted to do in this city and at the top of the list is the bike tour. Bike tour is a great way to cover a large area of the city especially when I don’t know where anything is.

Without reservation, I show up at the bike shop and is very fortunate to make it just in time for the 10:30 AM morning tour with Mike. Mike was/is a journalist and the shop is his business. He has travelled throughout South America for years and seems to have integrated well with the local communities in Bogota. 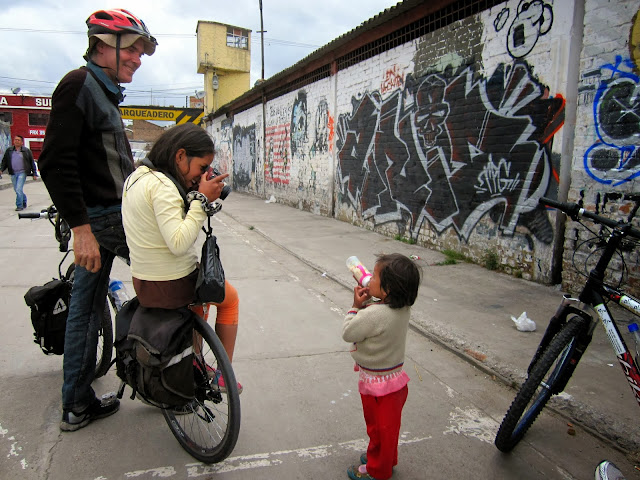 Our first stop is the local food market filled with mom and pop shops. The fresh variety of fruits was amazing. But what amazes me more was the cleanliness and the lack of any flying insects. Same goes for the seafood and meat sections. 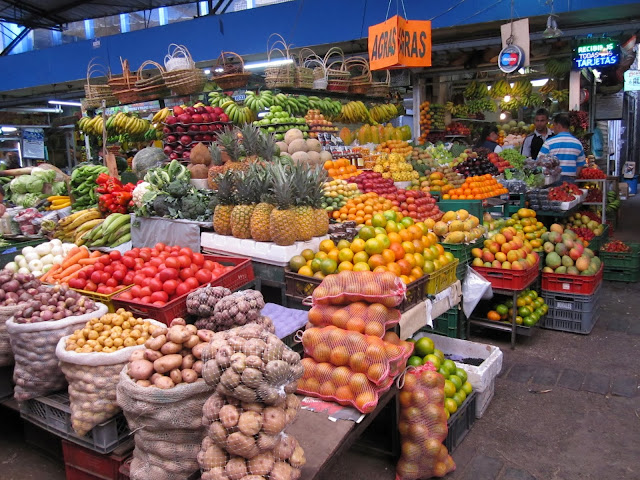 Food market while on the Bogota bike tour 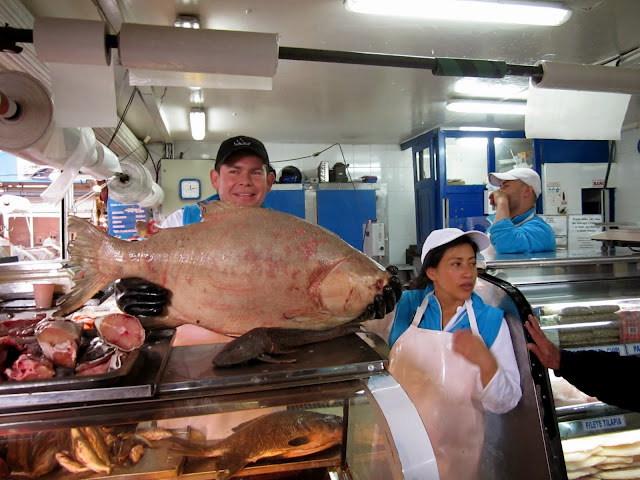 A giant fish from the Amazon river…not a piraña!

And we got to try many awesome tropical fruits. Got a lot of omega 3 today! 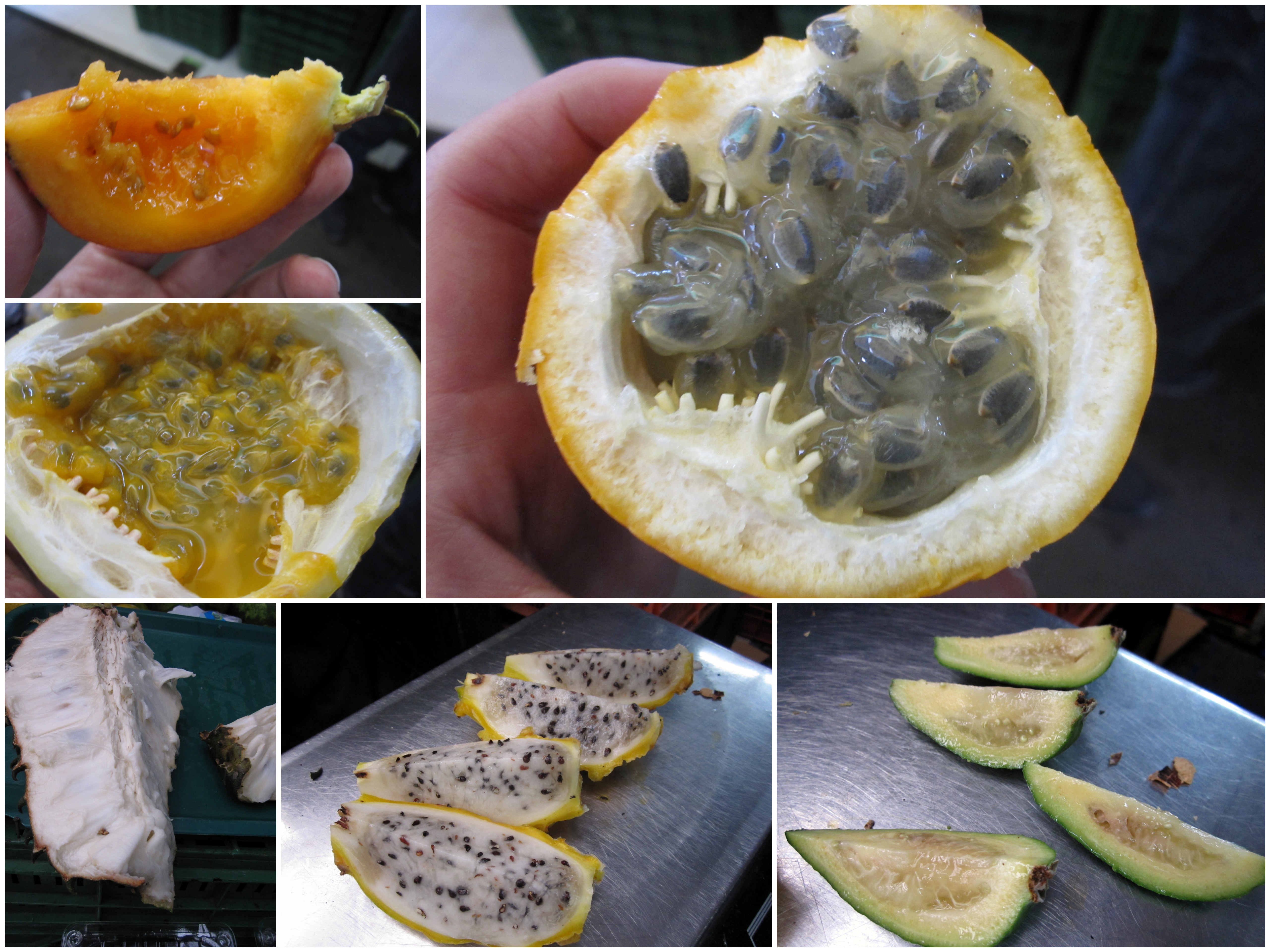 Fruit tasting in Bogota during the bike tour

We stop often where Mike points out graffiti and the stories behind them. One that resonates with me most was the graffiti of a comedian who was assassinated in front of the building he worked at. On the right side, the text says: “…the smiles here, country of shit…” 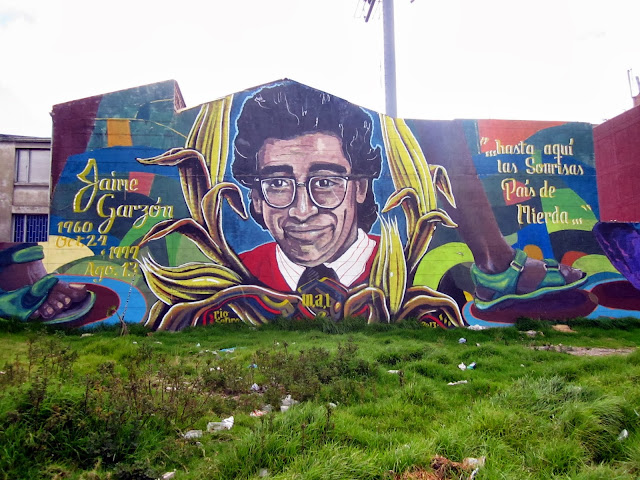 Jaime Hernando Garzón Forero was a Colombian journalist, a comedian, lawyer, peace activist and political satirist. He was very popular on Colombian television during the 1990s, especially for his political satire. In addition to his work on television, he also had roles as a peace negotiator in the release of FARC guerrillas’ hostages. He was murdered by suspected right-wing paramilitary forces in 1999, although the case remains open and unsolved. (Source: Wikipedia)

A few more graffiti along the way, each with its own story and message…

Each with its own stories and message. See more graffiti in the gallery at the bottom of the post.

We then tasted coffee at a local coffee roast house, visited a popular park, a bullfighting stadium, and several other cool sights that I don’t want to list. You’ll just have to find out for yourself! Best city tour I’ve ever been on thus far.