Thanks to relatives from both my mother and father’s sides, I saw the heart and soul of Taipei as locals would. You may find mentioned of these places online or on travel sites, but they’re not always the most popular (yet) since travelers with shorter stays would want to check off the main attractions first. But if you don’t like touristy spots and prefer a more local approach, try some of these places: 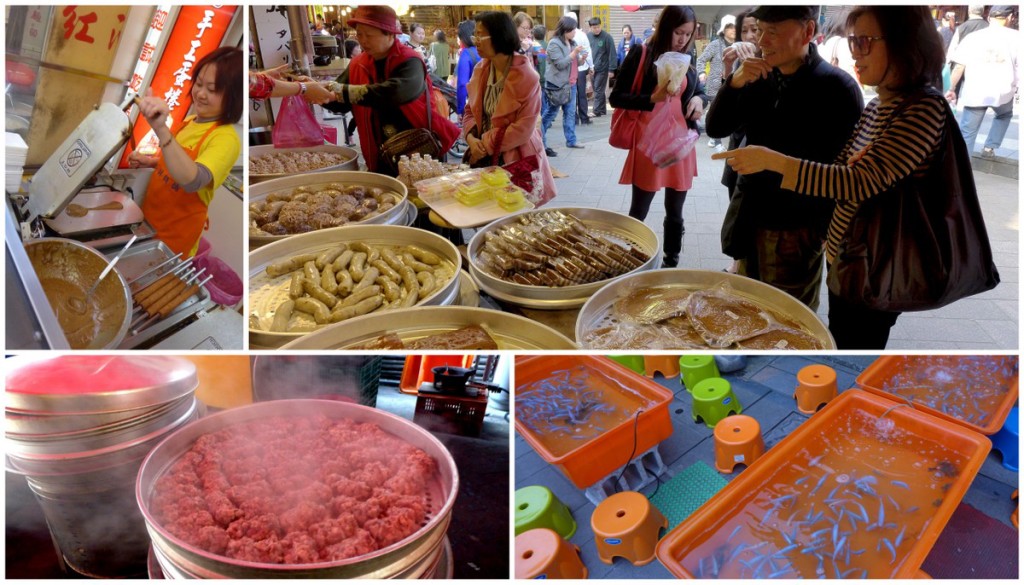 At Jing Shan, you can still get the traditional Taiwanese market feel. Go only on the weekend!

How to get there: The day version of the night market. Jing Shan is located outside of Taipei city and can only be reached by car or bus. The coastline view is very relaxing, if you drive you can stop by the beach as well.

What to do: Eat, watch and explore the hundred plus year old houses. Some are open for touring. Try the famous restaurant that serves duck meat and everything is self served (seatings for the restaurant is located at 5 different locations. Makes no sense until you try!) 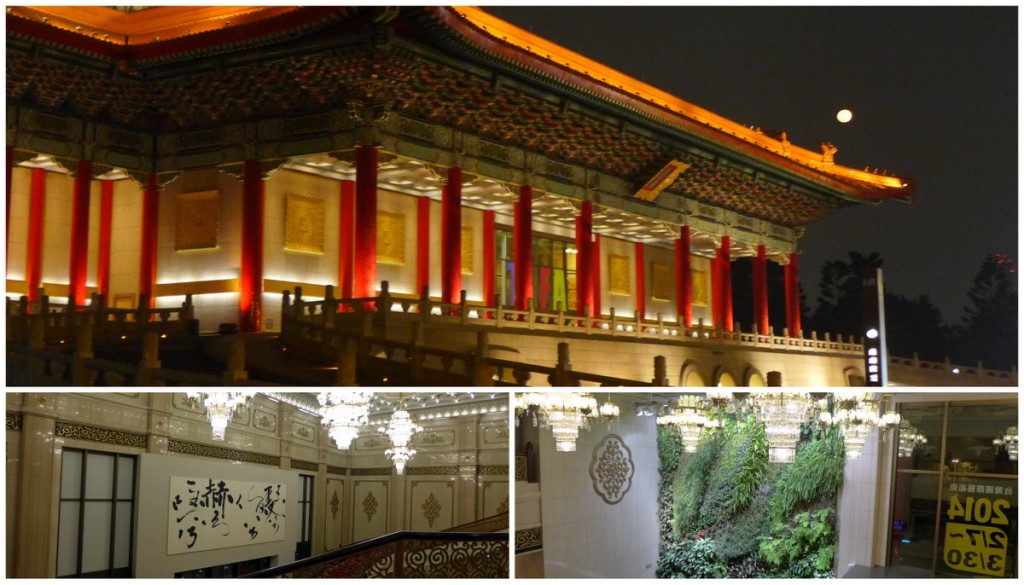 Spend an evening at the Democracy Memorial Hall Park and enjoy a performance inside this world-class concert hall.

How to get there: The NTCH is located at the junction of the Xindian, Zhonghe and Xiaonanmen lines of the Taipei MRT. Take any of these lines to the MRT Chiang Kai-shek Memorial Hall Station and exit through Gate 5 (By bus or car).

What to do: The NTCH website has their monthly programs and ticket information available. Each performance costs roughly NT $300-$500. There are restaurants and coffee shops within as well as underground parking. 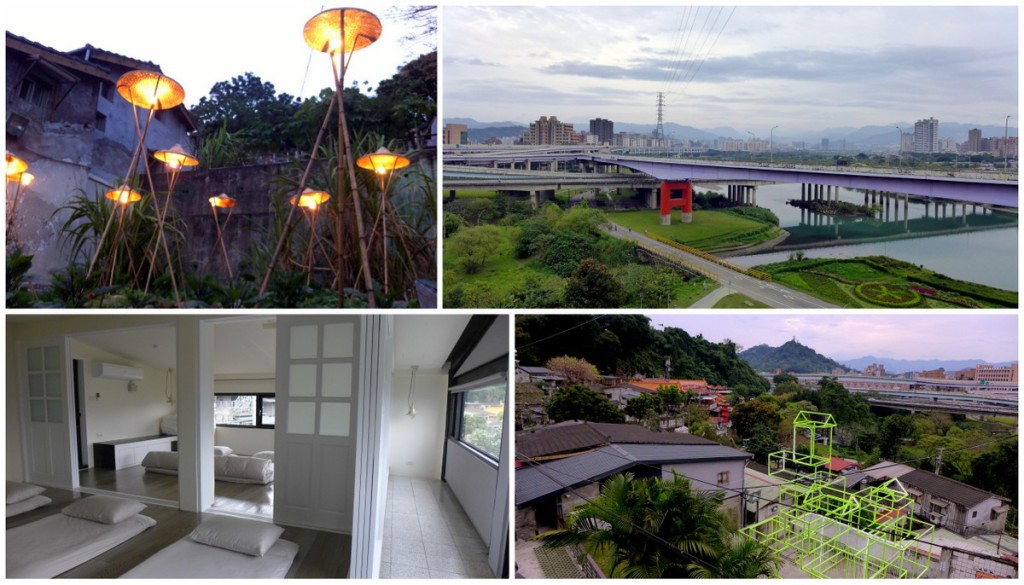 Once a shanty town, this transformed village has a gorgeous view of the river and is reachable by bike path.

Once an old shanty town with illegally built houses, this hillside village has been preserved after resident relocation. Instead or clearing out the old buildings, the city is allowing artists and small businesses to transform this village into a park/gallery. There’s also a hostel that will open soon when we visited in Mar 2014.

How to get there: The closest MRT stop is Gongguan Station Exit 1 (for bus, visit here). You can also rent a U-Bike and take the bike path that leads right pass the village. 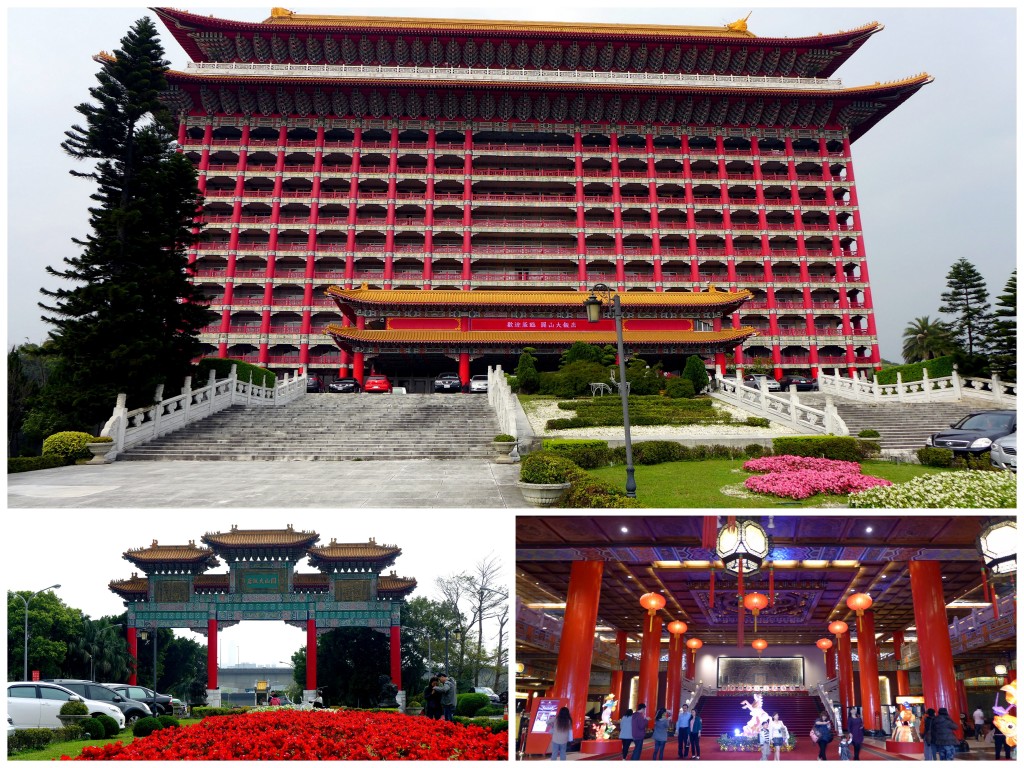 Not just a hotel, but a historical building of Taiwan. Built in 1952, this hotel was named as one of the Top 10 hotels in the world in 1967. Since then it has grown and kept ahead of the times. Up until 2013, over a hundred world leaders have been a patron at the Grand Hotel.

How to get there: The closest MRT (metro) stop is YuanShan (圓山), take exit 1, and then a shuttle to Grand Hotel. The shuttle runs every 20-30 minutes. Cab is also very convenient, approximately $5 USD from Taipei city center.

What to do: Make reservations at one of the three restaurants in the Grand Hotel. Prices are very reasonable and food excellent. You will get the chance to enjoy the artistry, architecture, and atmosphere of Chinese history. 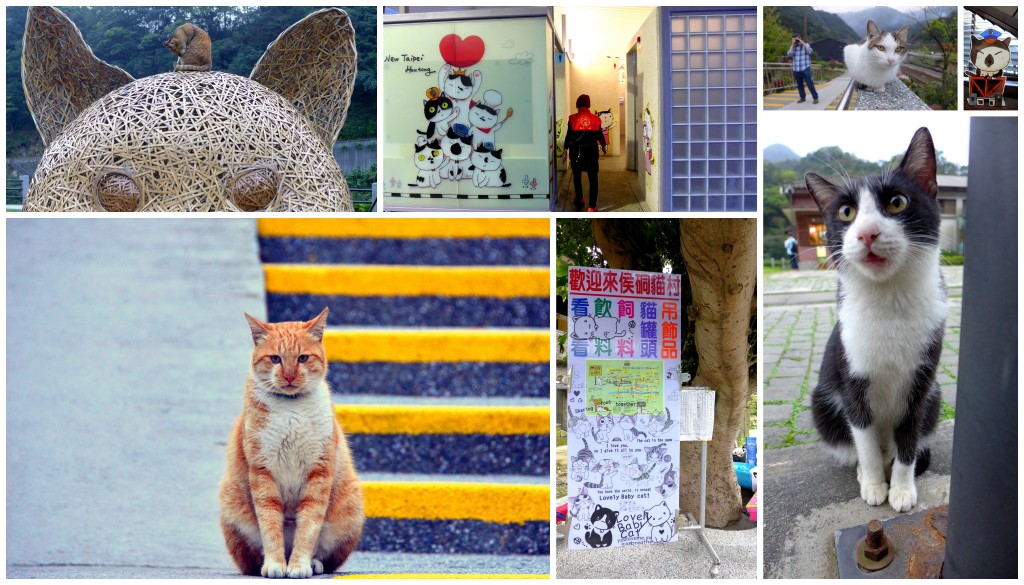 The grocery store in the train station sells cat food. The cats favor the canned food much more than the dry. You might find a few dogs allowed in the area to want some cat food too! (Bottom left photo courtesy of Russ Dayan)

How to get there: Take a train from Taipei directly to the Houtong station ($3-5 USD RT), you will find yourself welcomed by the furry arms of our lazy four legged friends, cats.

What to do: Feed them cats! IHazCans. They love the canned food. There are specialty shops and an old mining building. Walk around to see what cats you’ll find and explore the town, the residents are pretty welcoming.

The name Houtong literally means “Monkey Cave.” Why would a place filled with cats be named monkey cave, you ask? From the mouth of my wise uncle, he said, once upon a time, there were monkeys, but the government thought it may bring ridicules to its people as the outside world may make jokes about the residents as monkeys. And the monkeys were cast out of the village. Without monkeys to bring in visitors, the villagers began to bring in exotic cats and encouraged breeding. At one point, there were approximately 200+ cats roaming the the villages, but due to the mass visitors, the cats moved further out from the station to get some peace and quiet. There are approximately 60-80 cats that roam around the station on a regular day. 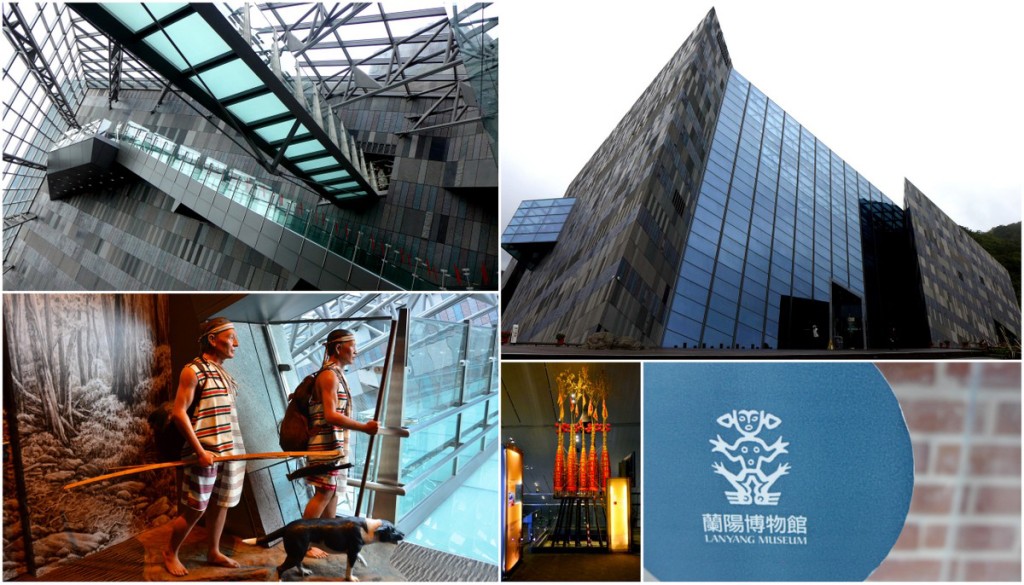 After 19 years of preparation, Lanyang Museum was completed in 2010. The meaningful architecture and well thought out exhibits makes this a must see for anyone interested in learning more about Taiwan’s history.

Located in Yilan approximately an hours and a half from Taipei’s city center, Lanyang Museum and its surroundings makes a great day trip filled with interesting and interactive exhibits, fresh outdoor space, and delicious local cuisine that are hard to find in Taipei.

How to get there: Directions for train, bus, or car.

How to get there: Take the MRT red line to Xiangshan, or bike from Taipei 101.

What to do: Climb! There’s a tiny station at the foothill (next to the temple) for limited selection of food and snacks. You can take either the left or right stairways to reach the top. If you’re an avid hiker, the trails are massive and Xiangshan is not the only lookout. The trails can take you to Tiger Mountain and 9-5 Peak, two renowned trails in Taipei City. Go in the afternoon to watch the sunset and stars from the top. On the weekdays there are others but not crowded at all. Don’t go on the weekend if possible, the crowdedness will ruin the fun.