Yes it is true. I have been public utensils broken.

What the heck is that you ask? Public utensils=serving spoons and forks. This might be the norm in western culture but in Asia, there is no such thing. When me and my brother was little we were sent to my aunt’s “housekeeping bootcamp.” There we learned to fold our beds, cook, clean, and — use public utensils. Our habits changed ever since. Fast forward 10 years…since college, all my friends thought it’s an odd habit (for an Asian) but they kindly accommodated to the request. Now that I’m back in Asia, such behavior can be perceived as snobby or disrespectful.

The five days in HK did not put my tolerance to test. Then in Taiwan, there were so many family members and I’m constantly eating with 2+ more persons, I had a strategy called Race to the Finish Line (means I try to go first before they get to pick anything), which is usually combined with Spot Dodging (where I pick at the corners no one has yet touched). I was struggling for a bit but survived. At this point I will still suggest using public utensils when possible.

Then comes China. First of all, I already have issues with their water quality, so I never drink the tea they serve during meals. Wipe and double wipe all the utensils is a must, most utensils look like they’ve had a rough life. Picking out chopsticks are harder than any Pho restaurants in the US, so at times I just use the other end.

One day I arrived at a hostel in the mountains of Guilin, a town called Long Shun. The owner of the hostel met me at the bus stop to make sure I don’t get lost and told me the story about how he went to college in the city and came back to this town to build this hostel. Then he kindly invited me to dinner with his wife and family. That’s one of the greatest kindness a lone traveller can receive, so of course I said yes. Dinner that night was hotpot and river fish cerviche. We all sat down and this is the moment where I realized none of the tactics I’ve been using will work here…everything is in one pot and I see the third set of chopsticks dive in. At least it’s boiling, I thought to myself, and it will be an insult to them if I don’t roll with the program.

From that meal on, public utensils were history. 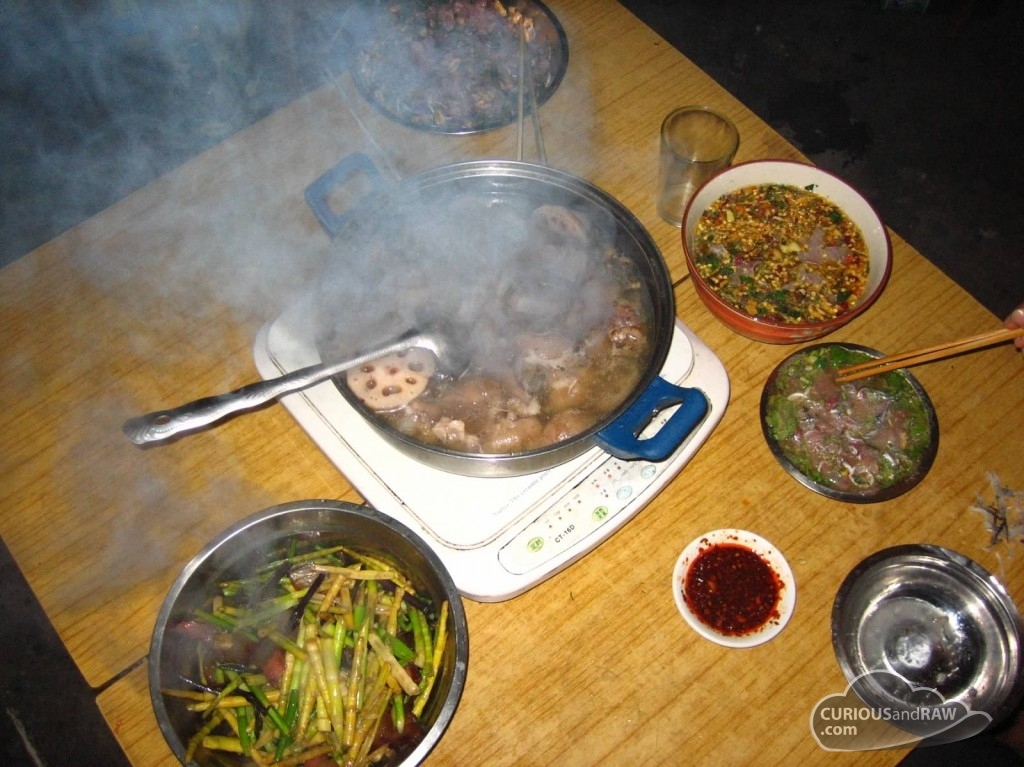 All it took for me to break the habit of a decade. Bottom left corner are the fern that I picked myself on the way down the mountain!