Lima, the City that Never Rains

After a 10 hour boat ride from Santa Rosa to Iquitos and an hour flight from Iquitos to Lima, a city that (almost) never rains. What they have instead are mists (called “la garua”) that blankets the city every morning. The roofs are flat and it would be hard to find an umbrella in stores!

I have finally returned to a major city once again. With that, comes the expectation of safe roads, comfy beds, and — HOT SHOWERS!! To get from the airport to anywhere in the city, go to the “Green Taxi” stand right outside of the luggage pickup. They have a set price for each area and reliable drivers. It was about $45 soles to get to Miraflores. 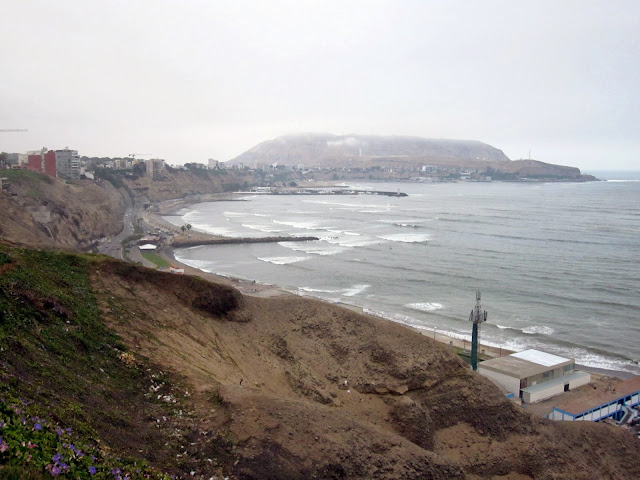 With three days of rest ahead of me before Annie arrives, I had a few things in mind. I caught up on the Amazon posts and did nothing the first day. To do nothing felt fantastic after days in the jungle and transits by land, water and air simultaneously. Once I regained some strength I joined a bike tour that came highly recommended on TripAdvisor.

They had several courses available and I went with the bay route that took us from Miraflores to the neighbourhoods of Barranco and Chorrillos. 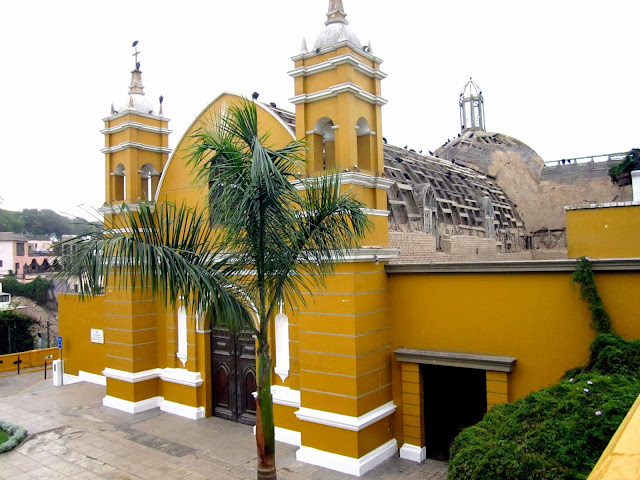 One of the oldest churches in Lima that has survived several major earthquakes, in the process of restoration.

Along the route the guide shared with us the past and present events that took place and shaped Lima as well as Peru into the country it is today. The “nuevo soles” (new soles) was a currency introduced by the ex-president Alberto Fujimori to stabilize the economy that was fluctuating so much that the currency value may change by the minute. 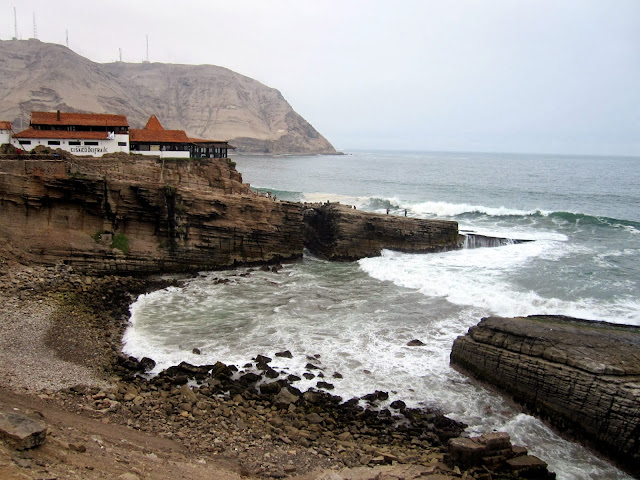 The cliff with the saddest romance story! And a fisherman that honors the story daily by jumping off the cliff 2-3 times a day.

We rode along the coast to a cliff where, according to urban legend, a pair of star crossed lovers dived into the ocean to reclaim their love after the girl’s father tried to separate the pair by sending his daughter to Europe. Now, every day, a fisherman reenacts the cliff dive 2-3 times a day in the names of the lovers. 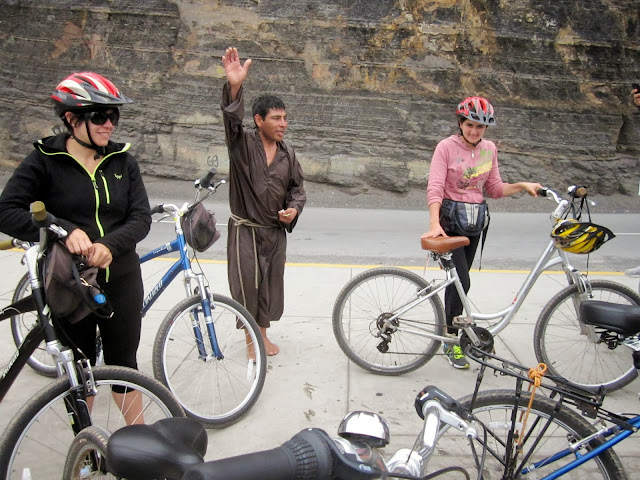 The fisherman came by after the dive for a small tip.

To wrap up the tour, we wheeled over to one of the oldest bar in Barranco for some authentic local snacks. I chose the olives sandwich and chicha morada (purple corn drink).

The graffiti on the right says “No puedemos encontrarnos porque tu no existes” (We can’t find ourselves because you don’t exist). Perhaps there’s a better translation out there…?

The pace picked back up a bit once Annie arrived the guesthouse I was staying at. On her first day, we walked over 14 miles. We visited the Love Park and Huaca Pucllana ruins located in the center of the city in the morning. The walk in the ruin was bizarre because it was surrounded by modern homes and skyscrapers, yet the ruins itself was built between the years of 200 AD and 700 AD! 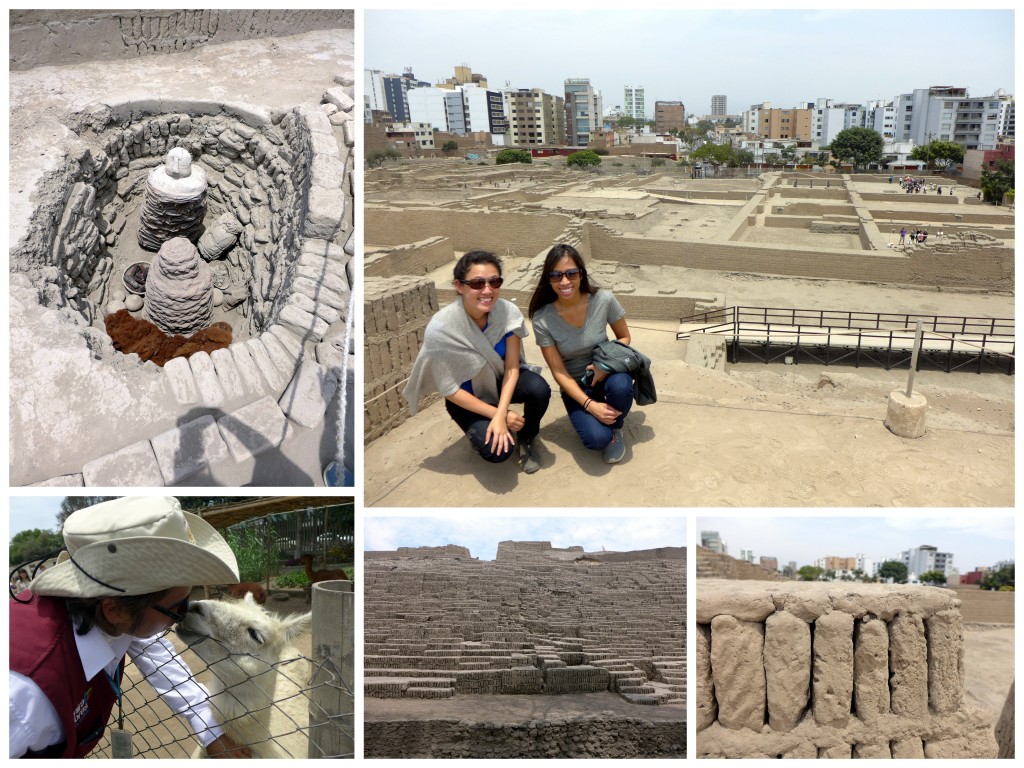 Huaca Pucllana ruin in the middle of Lima. Yes he kissed the llama, I think that happens quite often based on both of their comfort level.

After the ruin, we took a speedy stroll to find one of the top two lunch spots recommended and ended up at a Japanese fusion restaurant where every roll has some form of mayo on it, but it was pretty darn delicious. 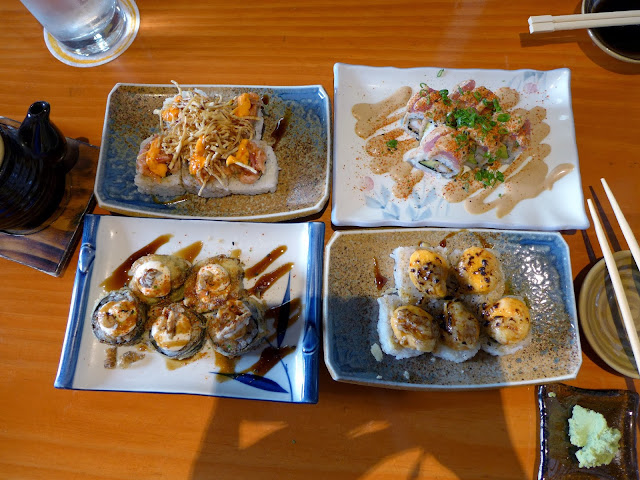 We got back just in time (10 minutes late isn’t really late…especially in South American time, no?) for our afternoon tour of downtown. Yes we really packed up the day with activities! The tour took us to an eclectic hostal with antique paintings, mummies’ remains, and humping turtles. 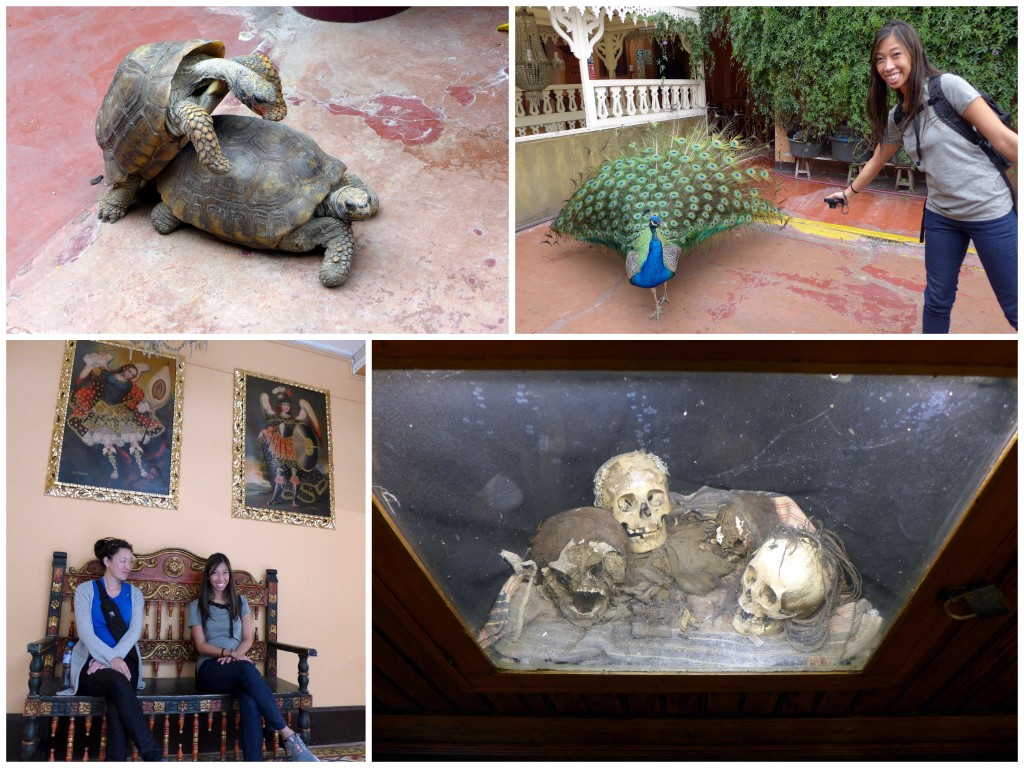 Our second stop was the Church of San Francisco, known for its underground catacombs. Everything about that church was creepy, and we walked out hoping we didn’t catch any infectious diseases from the thousands of exposed bones in the catacomb. Though my favorite was the Peruvian version of the Last Supper painting. Instead of European dishes it depicts typical Peruvian dishes, such as guinea pig, potatoes and chillis. You can also see a devil next to Judas. 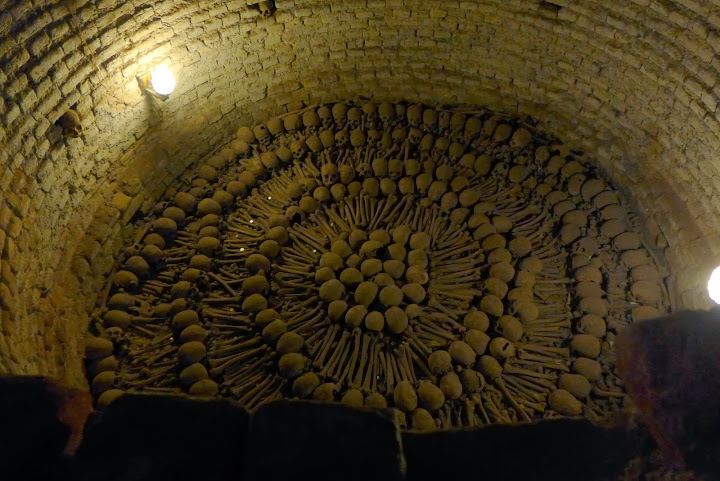 Catacomb in the Church of San Francisco.

Our guide then took us to the main square to check out the official buildings and street markets. Everything downtown was a quarter of the prices in Miraflores and we began to drift from historical buildings to food and clothes shopping. The guide was quite familiar with the market, he said it’s because he used to have to accompany his ex-fiance there often. We tried to dig deeper for a story but got deflected.

On this day, we walked 14 miles total. Great way to prep for Machu Picchu!

The next day we continued to build our leg muscles and went sandboarding!