Guilin: Longsheng and the Rice Terraces

After a three days stay in Yangshuo I hopped on a bus and head towards Longsheng. I heard they have the most well known rice terraces in that region and the women of the villages are often seen washing their life-long hair in the river. 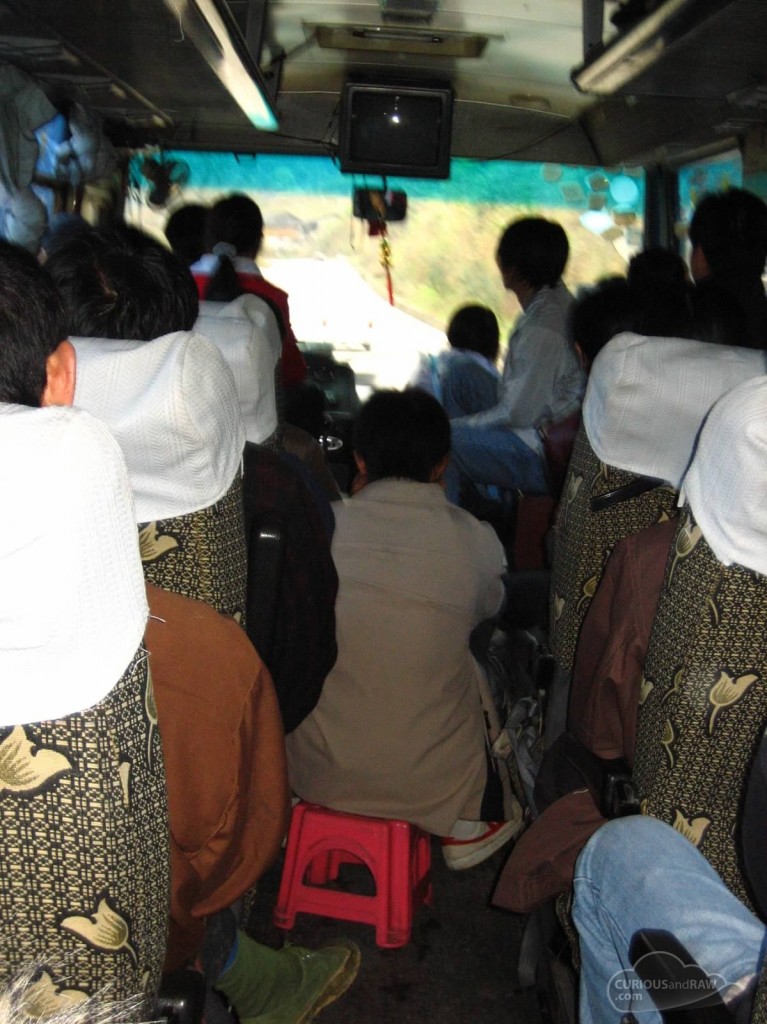 I had with me the Chinese edition of the National Geographic travel book, the equivalent of Lonely Planet’s travel guide today. I called ahead to book a bed and breakfast in Longsheng for one night. The b&b is at one of the peaks and is suppose to have a panoranmic view of the valley. The owner of the hostel was concerned that I will not make it up the hills before sunset and offered to meet me at the bus stop. WHAT A LIFE SAVER. From the bus stop, we must’ve climbed 1-2 miles STRAIGHT UP (felt like 5 for me), taking the shortest possible route and barely made it to the b&b before dawn. Had just enough time to snap a few photos and grab dinner. 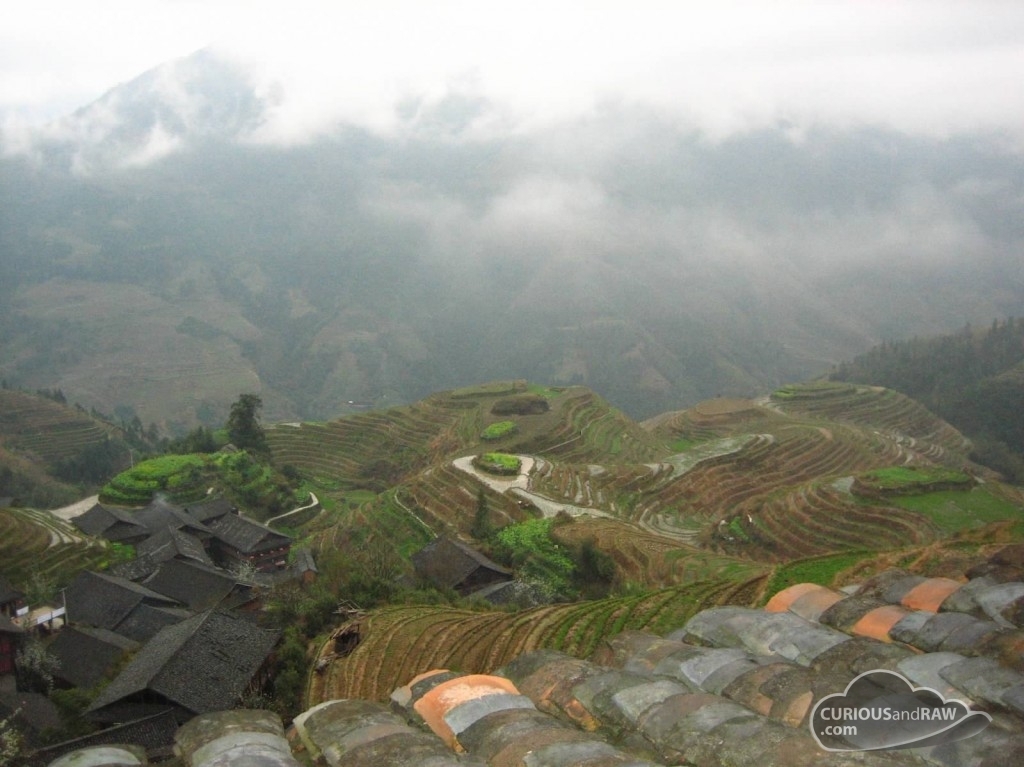 Best part about dinner is that the lady of the house went to their backyard and picked the chives on the spot, cooked them within minutes, and wahla, dinner is served. The commercials of “farm to table” back home in the States are not even close. 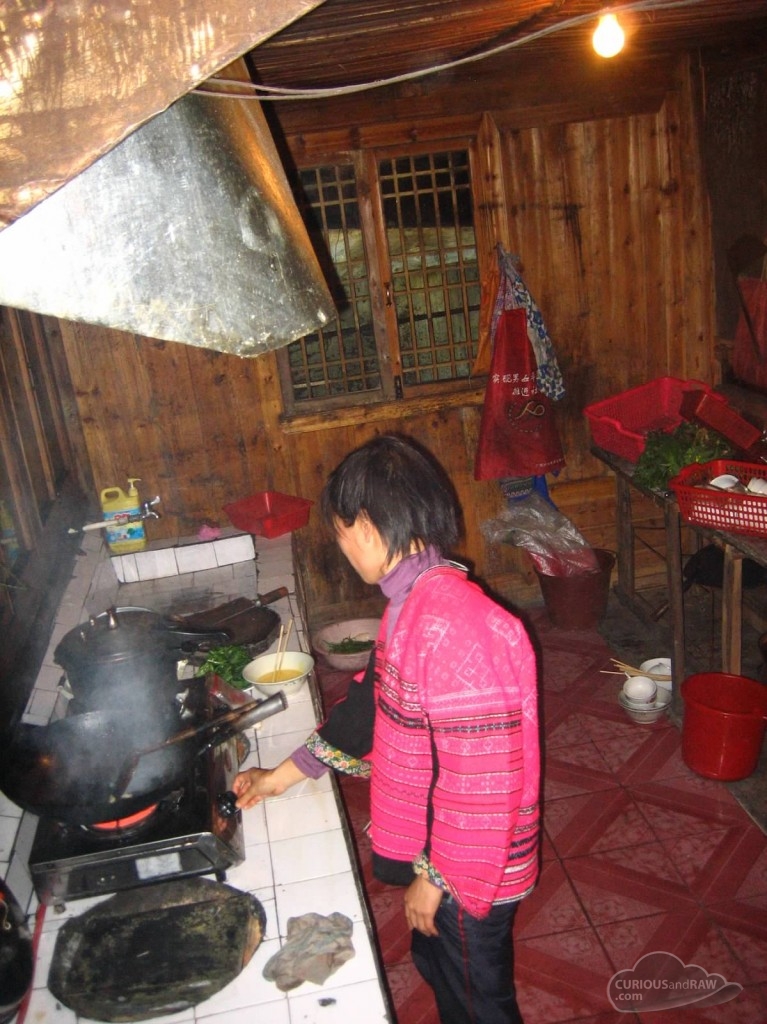 At the home/hostel in the mountains of Longsheng, Guilin, known for their rice fields. (龙脊梯田)

The set up is bare, literally. Looks like the guest rooms were built recently. Though I suppose a tent would be even more bare…Anyway, the next morning, my goal is to reach the second b&b/hostel by the afternoon on the peak of the other side of the mountain. The grandmother of the house is heading into town, about 3-4 hours by foot, and offered that she can port my backpack for me. At first I thought there’s no need, but I do need a guide. So I told her that I can carry the pack myself but it’ll be great to have a guide. And off we go. 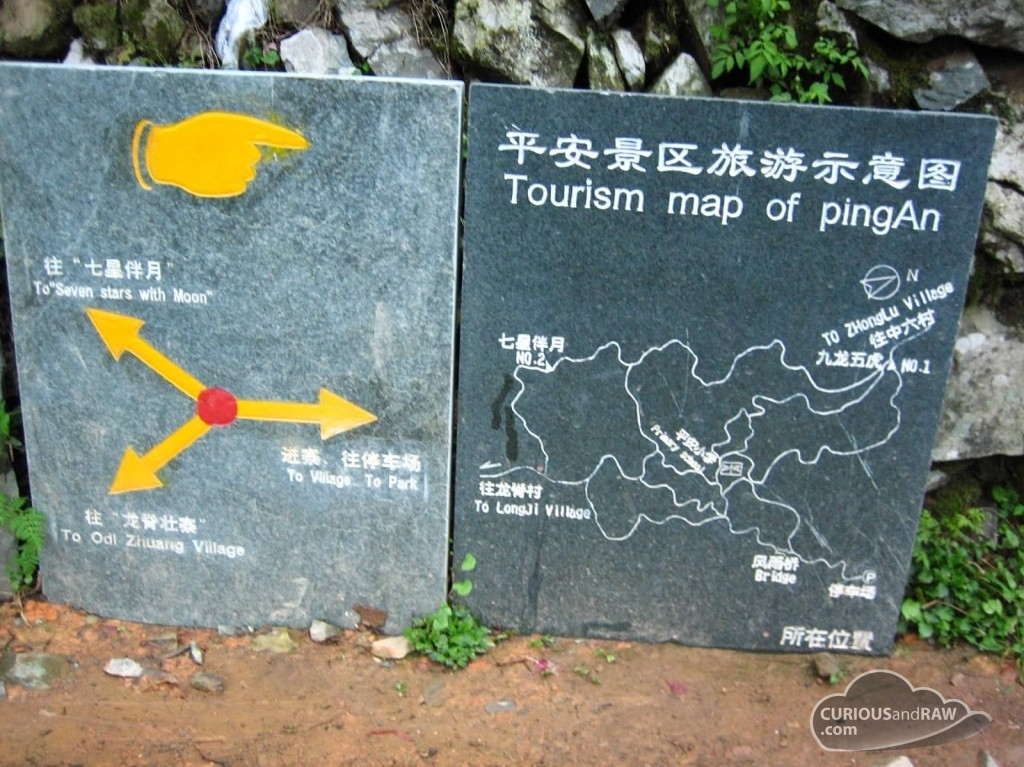 Not a very accurate map but helpful. I would’ve been quite lost without a guide (by guide I mean the grandma on her way into town).

It pains me to say this but, after about an hour, my backpack is in her weaved bucket. Never packing a 70L bag ever again! 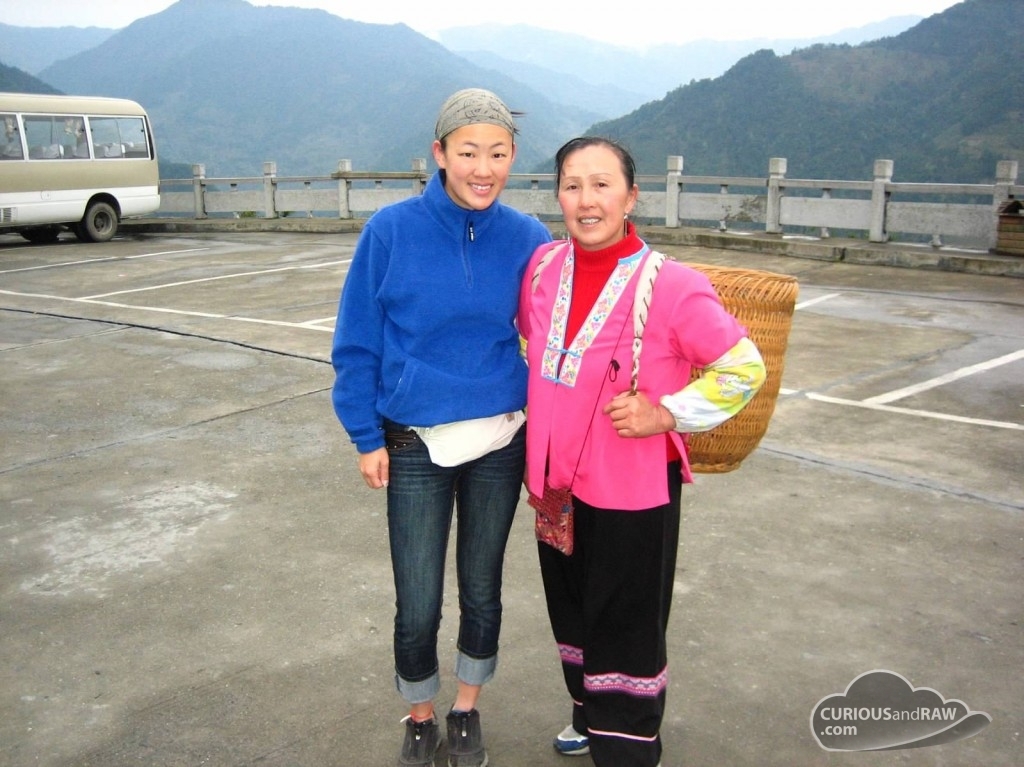 This is not the grandma that guided me into town, this is the lady of the same house who happened to be at the base of the mountain.

It took me hours to get down the first mountain, catch a bus to the second to arrive in the afternoon. Like dejavu, the owner of the second hostel met me at the base of the mountain to ensure that I get to the peak before dawn. I’m beginning to think scary things happen after dark in these mountains.

The owner of this hostel built his own house after he graduated college from a nearby city. He had the most advanced set up in town (hot water and internet!). He said his education gave him better ideas on how to improve his village. Oh and thanks to his family’s kind invitation to have me join them for dinner, I had some major transformation after. Here’s what I learned —