The city is spelled Cartagena but it’s pronounced Car-ta-hen-na. My inconsistent pronunciation in pretty much everything Spanish gives me away not only as a foreigner but one that’s so prude I can’t get my g-j-h straight.

The flight to Bogota and transfer to Cartagena was rather pleasant. Airplane models were both Airbus A320 and other [South American] passengers were helpful and friendly. Short security lines. Bonus. Flight to Cartagena delayed by 3+ hours. Boo.

Once I got into a taxi and head towards the hostel, the culture shock hit me for the very first time. Everywhere I looked I thought I was in the ghetto. The cab ride was only 10 minutes and I contemplated on my safety when we arrived outside the hostel. I could have sworn the reviews said it’s in a safe area! I made a quick dash from the curb to the door and up two flights of stairs. 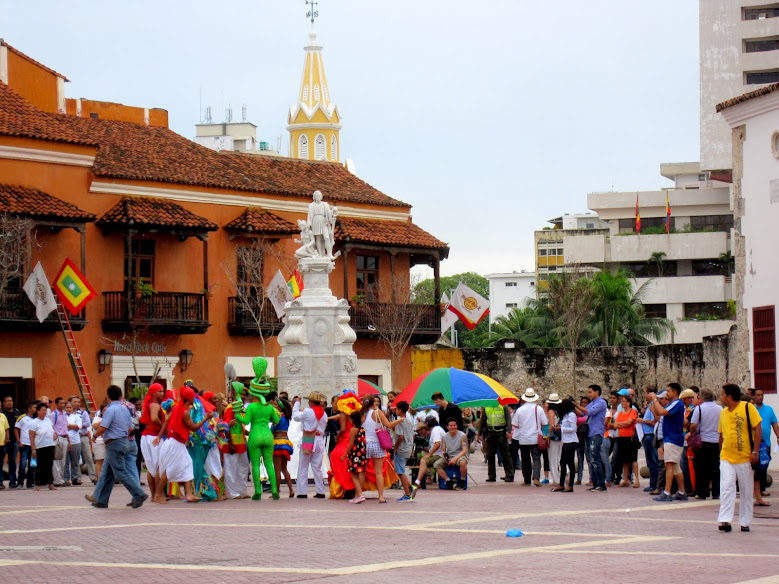 After meeting up with Marissa we took a short stroll into the old town area and came across a film crew taping a commercial of some sort. Old town was full of little nooks and crannies to explore, though the area itself was not very big. We walked through most of the blocks in one day. 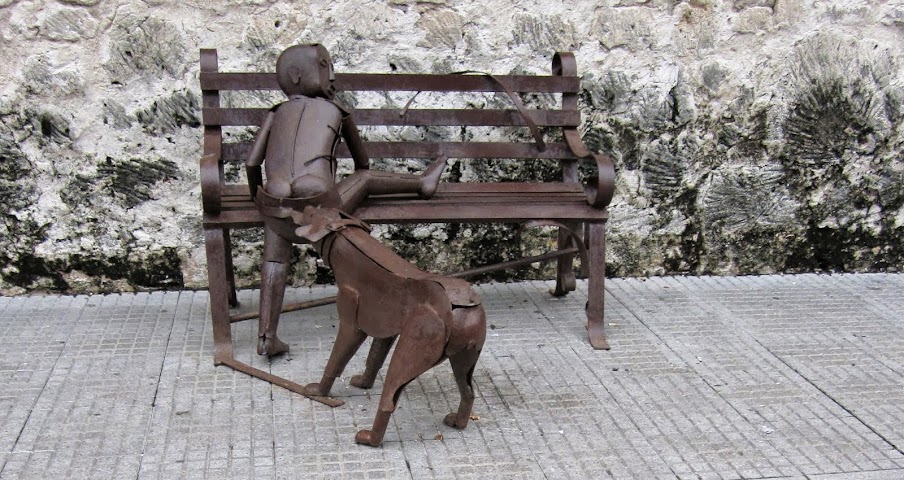 My first meal in Colombia was a chicken platter with soup for $4.50 usd. It was delicious but I had to sit with my back towards the kitchen. Not enough time to break in my phobias (hands aside from mine touching food that I’m about to eat) yet! 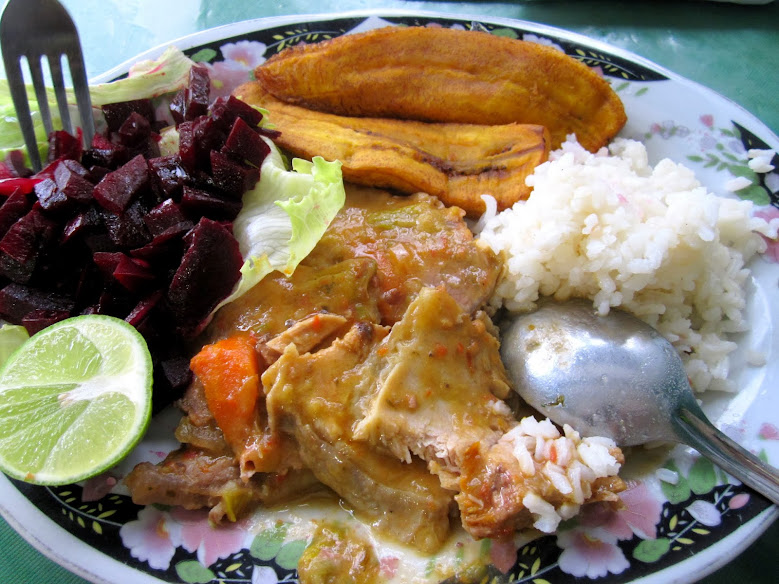 On the way back, we stopped by a super market just half a block from the hostel. This is definitely one of my favorite “attractions” in Colombia by far! The market is called Exito and it’s the equivalent of Target back in the States. Had a blast discovering souvenirs such as bagged water and milk, neon colored and soft like bunny toilet paper, and double layer pantyliners to name a few (see gallery below). 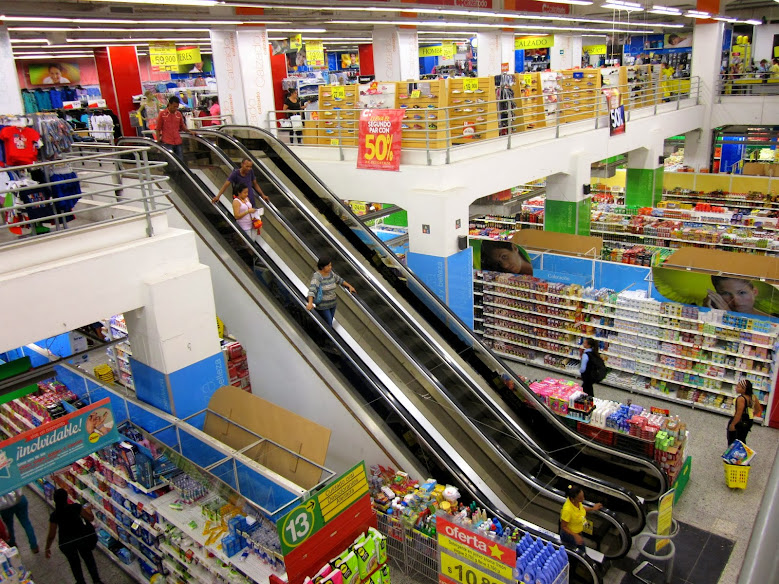 Read much about this “Volcán del Totumo” mud volcano tour and we were able to book the tour through Casa Viena for $20, much thanks to recommendations from 2backpackers’ post. We went with the afternoon tour at 1:30 pm which, based on what we heard from others who went before us, was way less crowded. You get to float out in the mud longer and there’s a shorter line for the shower. 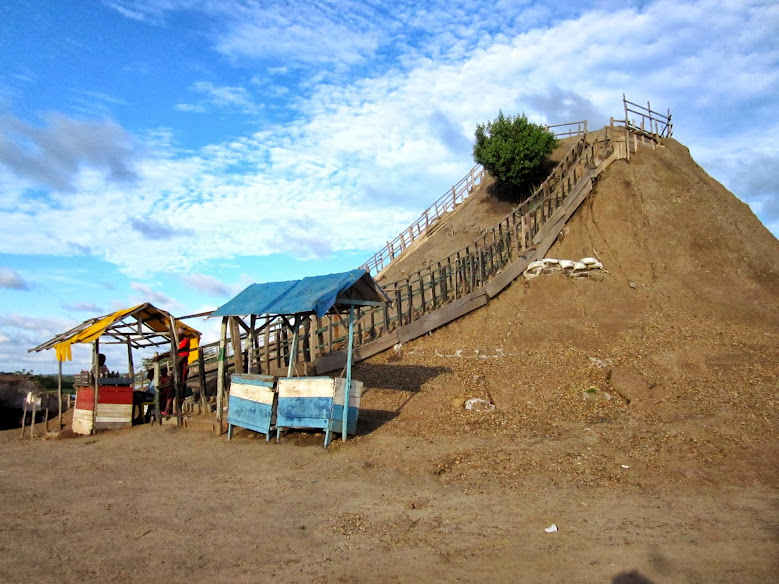 A few things that are optional were almost mandatory. One was the photographer who will take picture for you with your own camera, then the mud massage inside the volcano, and last, the ladies who help you rinse off by the river. Each service costs roughly $2 usd. It’s a good way to support the local community. Though because I am uncomfortable with a stranger rubbing his hands over me I persisted in opting out the mud massage. I was happy to pay for the other two services. 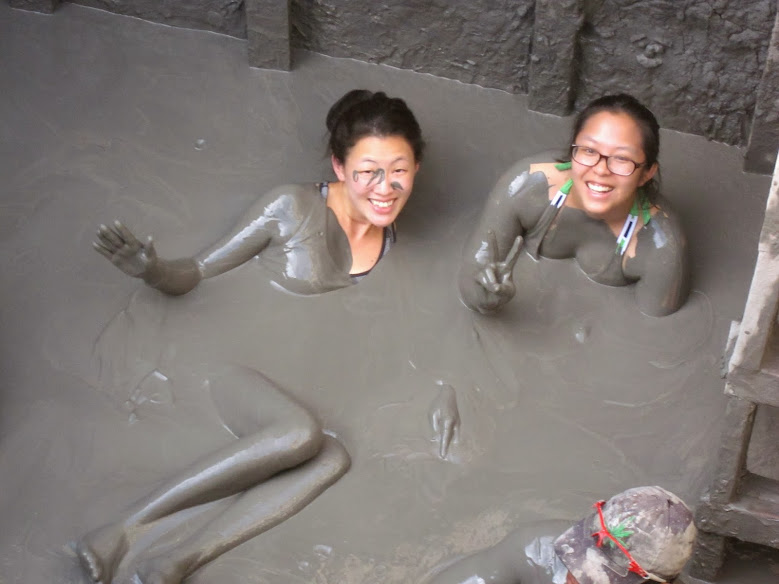 One of the weirdest feeling in the world!

The mud bath felt warm, cold, thick, gooey, light, podgy, and a bunch of others all at the same time. It’s one of those things you must try at least once in a lifetime!