Silence was one of the many tranquil sounds we heard as the zodiac drifted to the rhythm of the icy cold water. The leopard seal, indifferent to our presence, was dreaming peacefully on an electric blue floe. Her tail twitched from time to time.

All around were grandiose walls of glaciers and brash ice. Like a newborn’s first glance of the world, I felt like I was being introduced to a completely new environment. One that is boundless and unbelievably beautiful, words and photos will only limit such phenomenon.

Nevertheless, here are a few thousand words to jump start the day’s journey: 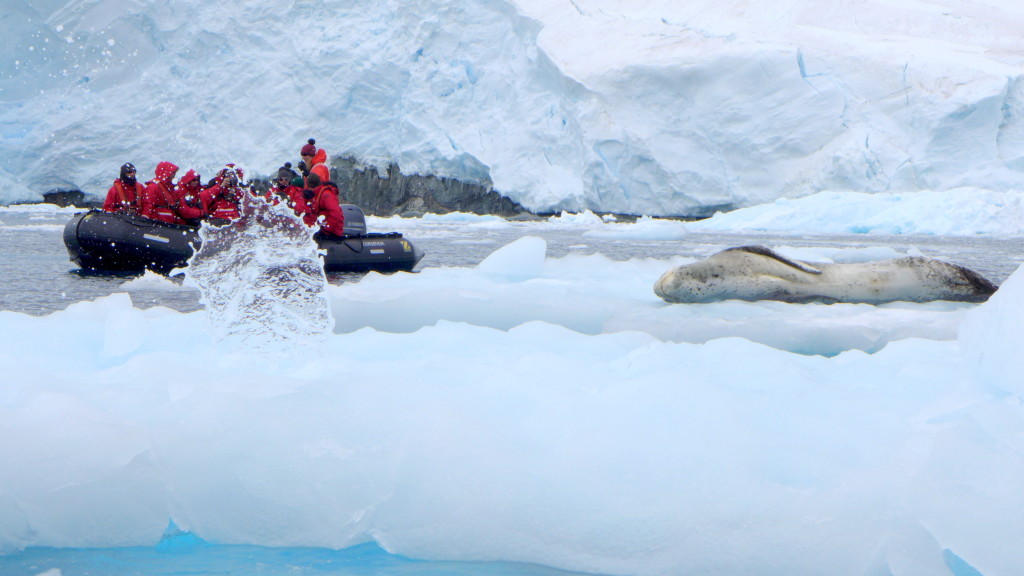 Meeting a leopard seal for the very first time. 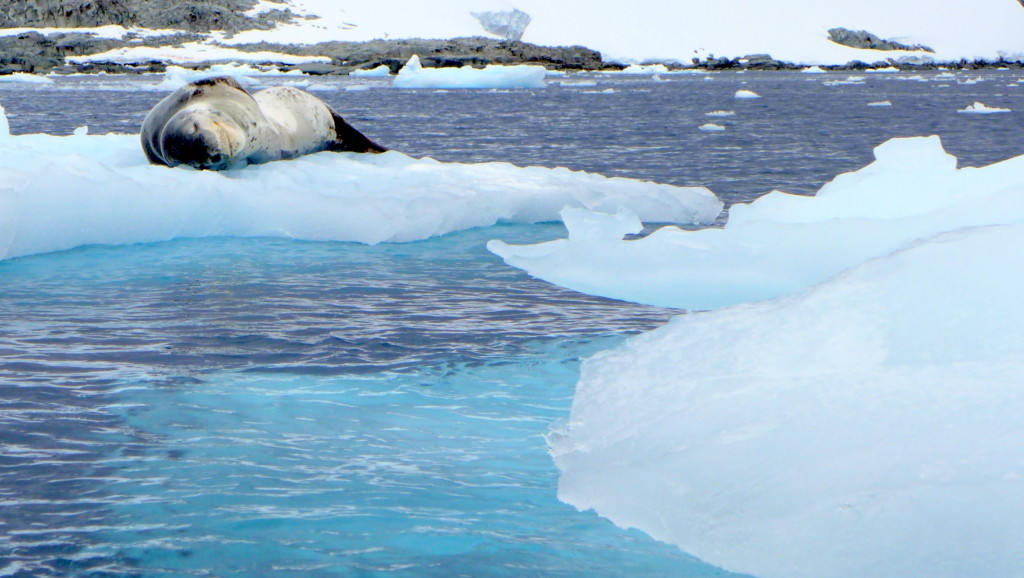 Hard to imagine this is the face of the second most feared predator in Antarctica! Such peace and tranquility. By the way, typically only 10% of an iceberg is above the surface. 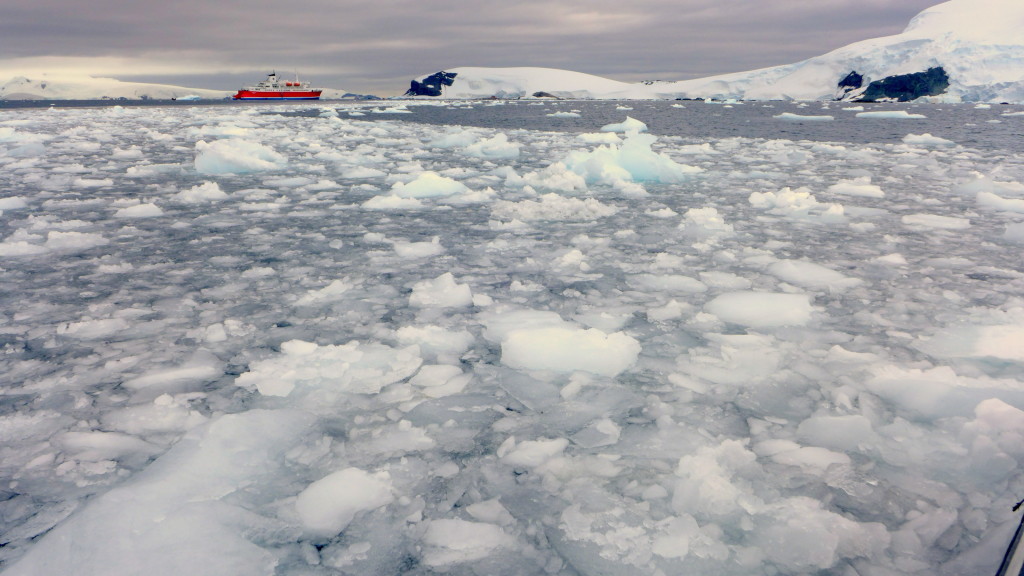 This is brash ice…a thin layer of loosely packed ice that the zodiacs can push through.

In the short ten minutes that we floated around motorless was by far one of the greatest moments in Antarctica for me.

As the ship cruises through the open sea to reach the next island, we came upon a feeding ground of humpback whales. There were 25 or so spotted by Heidi, the marine biologist on board.

The captain very graciously decided to cruise in the area and head in the same direction as the whales (this ship burns $1000 worth of fuel every 10 miles!) so that we may observe them a bit longer.

Humpback whales (and most Antarctic animals) feed on Antarctic krill, a small, swimming crustacean that lives in large schools and feeds on algae. It grows to a length of 2.4 in, weighs up to 2 grams (Wiki). 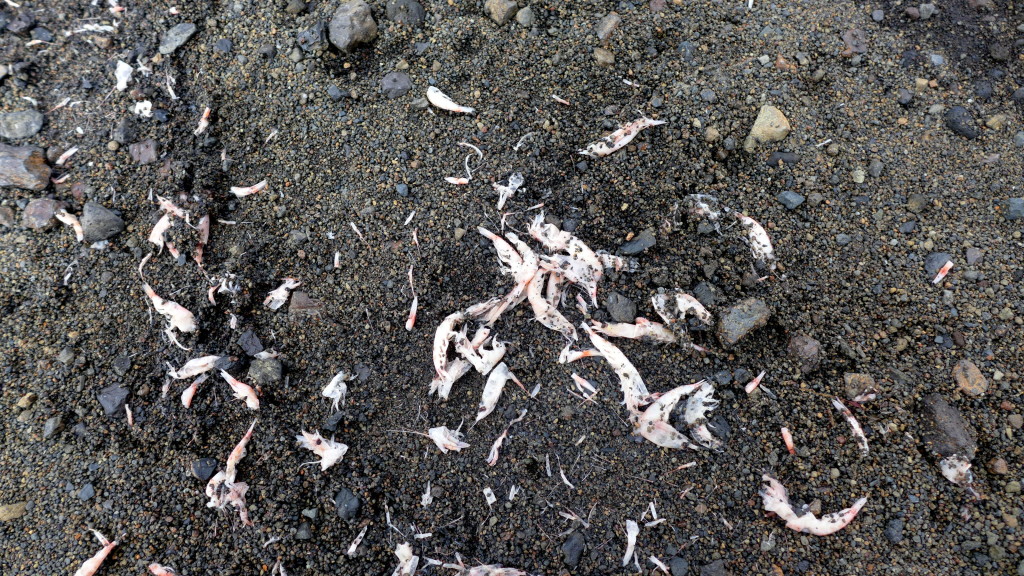 Found some krill washed up ashore at Deception Island.

There were three separate groups of humpbacks feeding close to the ship and us giddy passengers would run from port to starboard and back each time someone calls out “there it is!” 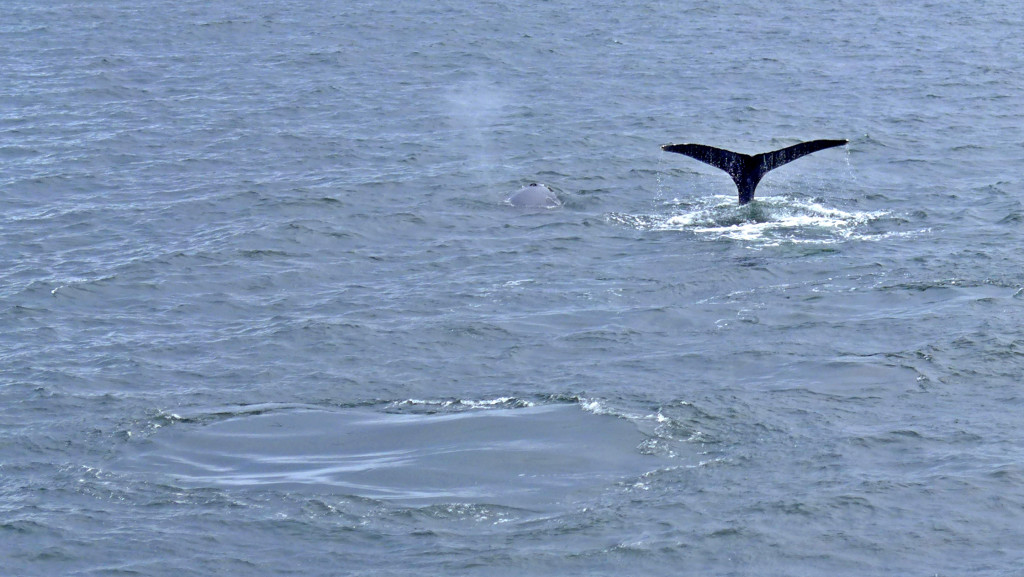 Huffing and puffing, the blowholes helped us locate the whales on the job and the circular water mark is called “footprint” which indicates where the whale was moments ago.

While everyone thought this was a mom, dad and baby team, Heidi said this team of three was likely a mom and two of her children, one possibly five years old and the other much younger. Apparently the dad doesn’t stick around (and isn’t always the same one). 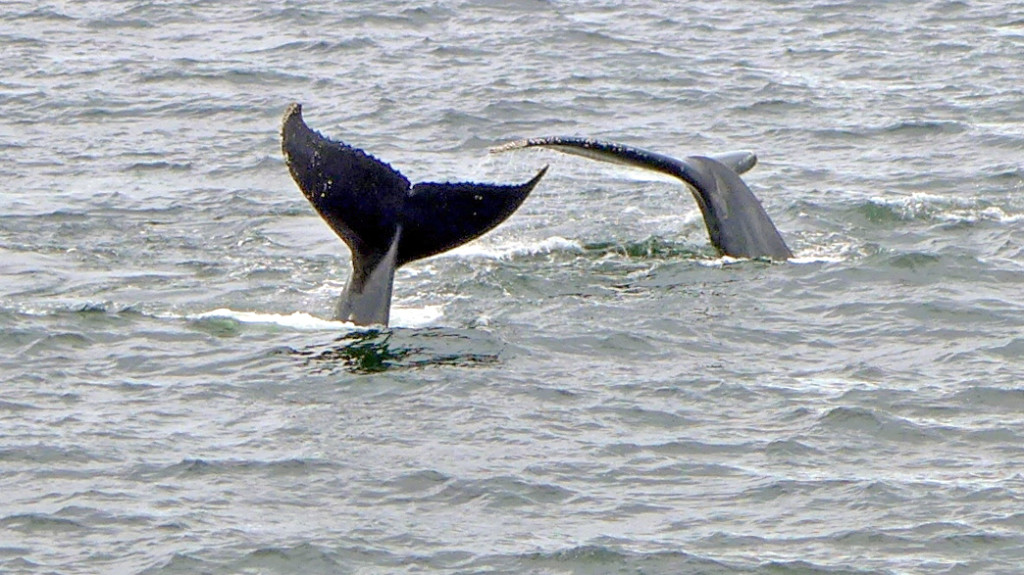 Researchers found that some whales blow the bubbles, some dive deeper to drive fish toward the surface, and others herd prey into the net by vocalizing.

Many animals in Antarctica are of two shades and any pop of colors act like special effects in a black and white film. The blue eyed shag is a bird with a blue, purple or red ring around the eye. 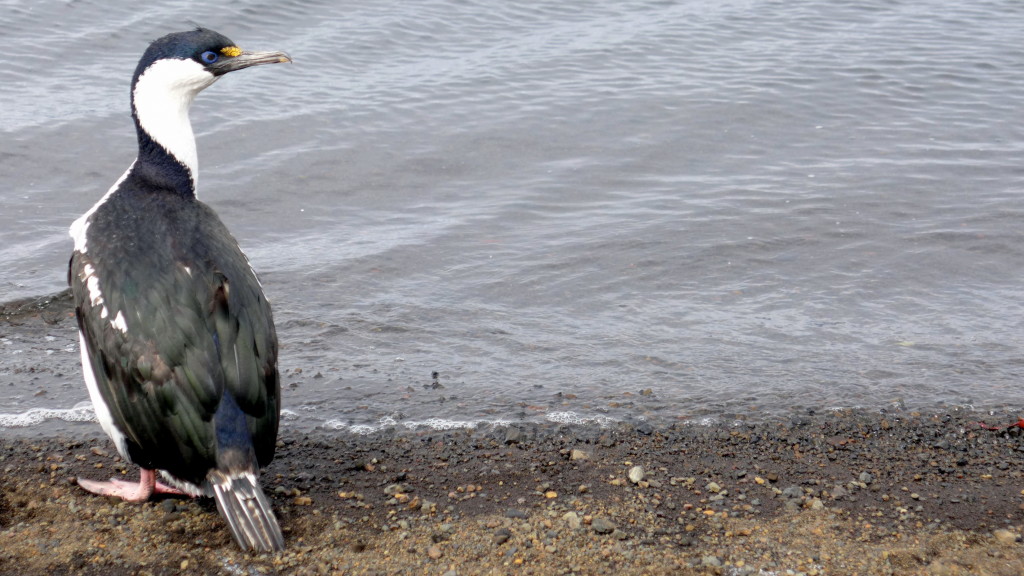 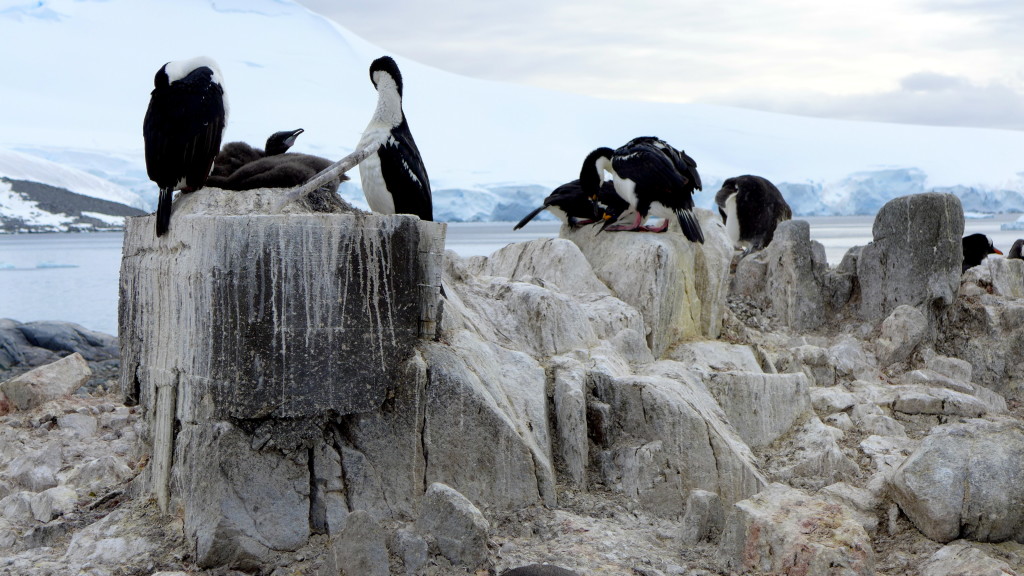 Families nesting on rocks in the middle of a penguin rockery.

They are the peace ambassadors of Antarctica and deserve their own page! Plus I have thousands of photos of them and they can definitely use their own space…